Philosophical Lib Dem guarantees result of investigation into wife-based driving shenanigans by briefing against person who is ultimately in charge of the police.

Hopes rise that Formula 1 can now be stopped 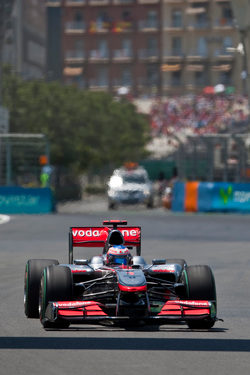 SEBASTIAN Vettel’s 2011 F1 title means we can cancel the rest of the races, forever, it has been claimed. Experts say television can never truly convey how boring it is

Vettel was yesterday crowned champion at pointing a very specific type of car in a strictly prescribed way over an entirely arbitrary time period in a manner that does not inspire interest.

By doing so, he became the youngest person to complete the set of constantly-changing, engineering-dependent tasks the best, twice in a row.

Last night up to three people found this remarkable.

Normal human, Roy Hobbs, said: “Do we need to go through all this again next year or could they not just repeat it every year and claim it’s new? Like they do with Top Gear.

“Every time I switch Dave on they’re saying some new car is the best and some person drives round a race track and is placed on a leaderboard so it’s the same as F1, but with the added bonus that you might strike it lucky and see Richard Hammond smear his frontal lobe across a disused airfleld.”

The season was set to end with a special tour of stomach-churning excess in some of the world’s most poverty-stricken and human-rights-abusiest regions of the world.

Bernie Ecclestone had planned to move the home stretches of the Korean and Indian races to run alongside a mile-long queue of beggars and have the drivers in the Abu Dhabi race pitted against a selection of the UAE’s leading indentured child camel jockeys.

The grand finale was to be a special circuit through Brazil’s favelas, with a street child strapped to each bonnet.

But Hobbs said: “If I’m absolutely honest, being symbolic of every single thing that’s wrong with modern society is not as bad as the whole thing being so terribly dull. It’s rugby league dull.