DUBSTEP pioneer Burial shocked the music world last night as he announced he was abandoning the genre that made his name for the rival style of Bumfunking. Burial revealed his conversion to the new dance movement – a mixture of Clit 'n' Bass with the darker elements of Bowelshift – after failing to win this year's Mercury Prize.

Cook said: "Bumfunk combines the serenity, melancholy, and tragic intensity of a great lyric improvisation with a lot of screechy noises."

"In doing so he’s crafted a sound that will long outlast the inane tunes with comedy baselines currently worshipped by devotees of Clownfoot and Daddylegs."

He added: "By embracing Flaps and two-step Snowshit, Jank has reinvigorated a genre that was being turned into a laughing stock by the likes of Stilkie, Arser and Quimland Express."

Dance fan Charlie Reeves said: "Jank is a genius, he has taken the thud, thud, thud of Dubstep and added at least two extra thuds. It's totally cronking."

Everyone Dead By Teatime 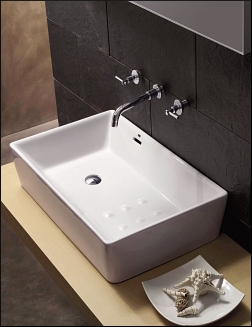 THE greatest experiment in the history of physics will begin this morning, followed shortly after by your horrifyingly painful death. As the Large Hadron Collider is activated, experts say they will have less than four seconds to spot the mysterious Higgs Boson particle before their bodies explode, atom by atom.

A black hole will open up in what used to be Geneva, spreading rapidly across Europe, angrily devouring Belgium and reaching the outer London boroughs by 3pm.

Cambridge physicist Dr Tom Logan, explained: "At this point you will be stretched out slowly until you resemble a very thin piece of spaghetti about 250,000 miles long. It will hurt like fuck."

He added: "A lot people will want to know what happens to their favourite celebrities such as Frank Lampard, Shilpa Shetty and Princess Anne.

"They will be stretched out slowly until they resemble a very thin piece of spaghetti about 250,000 miles long. I imagine Princess Anne will cope better than Frank Lampard."

Professor Bill McKay, who has called for the experiment to be abandoned, said: "If it's a Higgs Boson particle you're after I've got two in the fridge. Seriously – a fiver the pair."

Dr Logan said that some scientists believe the imminent black hole could create a gateway, or 'wormhole', into an alternate universe, adding: "Hopefully this one will be free of Peaches Geldof."

Meanwhile Apple has launched a new advertising campaign urging everyone to download a few more songs from iTunes before it and everything else ceases to exist.