PETER Jackson’s latest Tolkien blockbuster will portray Bilbo Baggins as a black hobbit hustler who needs to score some serious treasure to pay off his debts. Or a blacked-up Martin Freeman. Whatever works.

Boss Hobbit will explore the perceived whiteness of Middle Earth by infusing Tolkien’s vision with the sensibility of 70s black action cinema.

“He’s broke, his girls are working for rival hobbit pimps and his nightclub, Bilbo’s Velvet Hole, has fallen into the hands of the evil arch-hustler Saru the Man.

“Then he discovers a treasure map giving directions to the lair of Smaug D Ragon. That’s a big moment, when he looks at the camera and says ‘Bilbo’s gonna get his, muthafucka’ and some slap bass kicks in.

“From there it’s pretty much non-stop action, with busty elves, enchanted machine guns and all that other good shit we’ve come to expect from the mind of the world’s greatest fantasy writer.”

He added: “In case you were wondering, I am one of those white nerds who reads film magazines and occasionally risks doing a ‘black voice’ for ironic effect, if there are no black people around.”

Boss Hobbit will portray Gollum as a lone albino karate expert, while the Gandalf will be re-imagined as Hamburger, the wise magical pimp.

EU Google Probe To Be Based Entirely On Google Searches 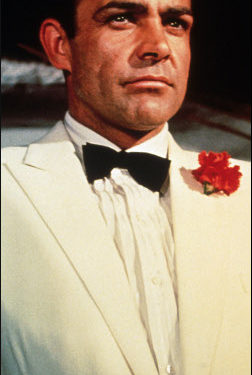 THE EU investigation into Google will involve doing lots of Google searches to find out things about Google.

Was it 006 or 007? Just ask wherecanIfind-answerstothingsIaminterestedin.com

A spokesman said: “We were going to do lots of interviews and ask for loads of documents, but it’s much easier just to use Google. It’s so handy when it comes to this sort of thing.

“Hopefully, somewhere in the thousands of results we will get from their incredibly good search engine, we will find some clue as to why they have been able to dominate the market so effectively.”

The investigation was launched after other search companies complained that Google was much more popular than them and that somehow it had been able to make a lot more money than they had, probably by doing something illegal.

“All I am asking is that whenever someone types ‘capital of France’ into Google, then Google redirects them to my search engine and gives me five hundred grand. It’s about fairness.”

Google admitted that it failed to stop its search engine being much better than all the other ones and that it probably should have done more to give its competitors as much free advertising as they wanted.

A spokesman added: “Did you know that if you put ‘criminal waste of money’ into Google the first fourteen million results are about the European Union?”