U2 still refusing to take the hint

U2 are still sitting around the kitchen table, drinking tepid white wine
and pretending they don’t know that it’s almost three o’clock in the
morning. Michael brought a vegetarian moussaka and some really good booze

As REM left with handshakes and backslaps all round, eyes turned to the ageing Irishmen who now seem to think this is their house.

Party host, Tom Logan, said: “REM were really nice. Didn’t understand a bloody word Michael Stipe was saying, but he was a gentle soul and Peter Buck was kind enough to restrict his vandalism to the downstairs lavatory.”

Guests started to arrive at 8.30pm, including Bare Naked Ladies, who Logan was pretty sure he did not invite, but soon realised they were not doing any harm.

He added: “I had to invite Blur, Oasis and Coldplay because they went to university with my girlfriend. She needs to meet new people.

“The Smiths were here but left about half-nine. Morrissey had to go to an EDL meeting and Johnny Marr just wandered off into the night.

“But REM were the perfect guests. They probably went on about Greenpeace a tad too long, but then Peter got out his guitar and we all sang ‘Don’t Go Back to Rockville’. It was very jolly.

“Main thing was, come three-ish all I had to do was give a tiny little yawn and they were apologising and heading for the door.

“I then wandered into the kitchen, saw U2 round the table, clapped my hands together and said ‘okay, how we doing guys?’.

“Bono stood up, put his hand on my shoulder and said, ‘I think we should make a huge pot of macaroni cheese’. 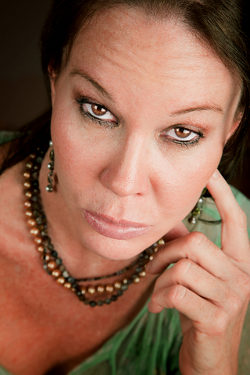 Once again, our magnificent British empire is the embarrassment of the world because one of our wayward Royals has dropped the ball.

After a wonderful summer, we thought we could trust them but then we woke to see knobbly consort Mike Tindall provincially wooing an Australian lady friend on the internet. It seems that Downton has returned in the nick of time.

Thank God we have Julian Fellowes to set things right again. What is wrong with our country when bovine dolts lunch with the queen but someone of Julian’s stature can’t even have his wife knighted? What kind of an empire are we when we can give out titles to creeps but we can’t gift Julian part of the Sudan and a set of commemorative pelts? And indeed what better setting for a period drama than the challenging landscape of the Nubian Desert? It’s got everything from romantic Bedouins toasting marshmallows under the stars, to the prim English Lady in the nearby fort with her collection of loveable scullery maids every one of whom she has whimsically named Mohamed – but wait – here come the Janjaweed with their bars of soap, just to shake things up a little.

If I know Julian – and I think I do – then we have a riveting season to look forward to. I have it on good authority we will see high drama as the Earl of Grantham (played by Hugh Bonneville) dislocates his jaw climbing up a church; Dame Maggie Smith’s dowager countess has a lot of explaining to do when she is caught eating soil in the hermitage, while Bates, everyone’s favourite sex-cripple, emerges from the servant quarters lavatory loudly announcing ‘might want to give it a minute’.But there’s also suspense as pretty housemaid Anna can’t resist sneaking in when she thinks no one’s looking.  What’s more, I hear there’s to be a special guest appearance by Barbara Windsor, playing herself.

With great class comes great drama so really, what did Zara expect? When you marry into what I affectionately refer to as The Organisation, you must be prepared to live a life of betrayal and cliff hangers. My message for Zara is simply ‘When you’re alone and life is making you lonely you can always go Downton’.

Kate Middleton doesn’t usually feature on my radar but recently she’s been a cause for concern, sniffing around the headlines with her wacky fashion choices. If she thinks nodding along at the incessant bleating of land mine victims is going to be any easier because she’s paired up Etam jeggings with Louboutin Lady Peeps, she can think again. Kate is obviously angling for the esteemed title of Queen of People’s Hearts – but I can assure her now: I won’t be giving it up without a fight.