EXECUTIVES at Lehman Brothers could be forced to manually adjust the seating temperature in their Mercedes, it was claimed last night. As America's fourth largest investment bank collapsed, the management team have downgraded their executive limousine orders for next year insisting they can no longer afford the automatic body heat regulator and the climate controlled glove box.

Lehman chief executive Dick Fuld said: "Be in no doubt, the long term effects of this collapse are going to be awful. For you.

"You're going to lose your job, your dignity and possibly your home. I don't need a job – per se – but I will miss accumulating more money than I and all my descendants could ever reasonably spend.

"I don't know what I'd do if I hadn't spent my career paying myself millions of dollars and accruing a vast personal fortune while taking pointless risks with people's hard earned savings.

"But I hope my unimaginable wealth and wide ranging property portfolio will make your extreme hardship that bit easier to bear.

"Would you be happier if I sat out the recession in Acapulco or Martha's Vineyard? Please do let me know."

He added: "But it won't all be plain sailing. Though, it has to be said, I will be doing quite a lot of plain sailing, especially in early June. Do you sail?

"Next year's Mercedes is already looking distinctly shabby, while this winter in Aspen we may have to 'eat in' one night. We've decided to open a tin of macaroni cheese and pretend to be ordinary."

Fuld said he would also be able to devote more time to his role with New York charity the Robin Hood Foundation, which, he insisted, was not 'some sick fucking joke'. 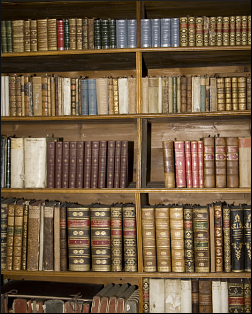 Sir Tim seems to think this is the internet

Sir Tim Berners-Lee said the world wide web was created to circulate reliable scientific information and not for the dissemination of cults, conspiracies and rumours about Leonardo Di Caprio.

But experts immediately dismissed Sir Tim, claiming he had obviously confused the internet with something else, possibly books.

Computer user Wayne Hayes insisted facts were only appropriate on the internet in the form of genuinely pornographic images of Gemma Atkinson, and not some second rate Photoshop nonsense.

He said: "Sinister cults based on the flimsiest of ideas can spread rapidly on the web and win thousands of young, good looking supporters. Isn't that brilliant?

"Four weeks ago I was an unemployed electrician, now I am the prophet Karkuku, the money is great and the sex is very special."

He added: "I'm also a registered charity so if you pay by direct debit I can claim the tax back from the government in Gift Aid and it won't cost you any extra."

According to Wikipedia Berners-Lee invented the internet in 1942 as a mind control tool for the Red Cross.

He now lives in a cave in Vietnam where he controls the world using a machine that looks like a giant, old-fashioned telephone.

Since starting the Iraq War in 2003 he has made $4,000 trillion from the sale of nuclear weapons to both sides and is now the world's second richest man after Will Ferrell.