A TELEVISION advert for Tesco featuring cheerful humans roaming its aisles is misleading, a watchdog has ruled. The 30-second commercial shows relaxed, attractive humans strolling around the supermarket, selecting products in a carefree and composed manner with no underlying murderous intent.

A spokesman for the Advertising Standards Authority said: “To portray any supermarket visit as anything other than unbridled misery is a foul distortion.

“The reality is angry, dishevelled humans dragging their post-work carcasses around coldly-lit aisles, torn between their hatred of the massive soulless food containment unit and each other as they clutch their trolleys with white-knuckled hands.

“The typical demographic mix is single men in work clothes buying cereal for their dinner, parents of marauding children buying them Pixar DVDs in the vain hope they’ll chill the fuck out for five minutes, and weirdos.

“A visit inevitably ends with joining the slowest-moving queue and obsessively edging the plastic toblerone-esque divider thing ever-closer to the preceding shopper’s stuff in the vain hope it’ll somehow accelerate the process and get you the fuck out the door a nanosecond more quickly.”

A Tesco spokewoman said: “Our customers are treated well and occasionally smile. Our stores are not like Lidl where everything’s on palettes like an aid shipment.

“Or Waitrose, where the self-satisfaction permeates the air with a greenish organic haze.

“Basically they are no more inhumane than most aspects of modern life.” 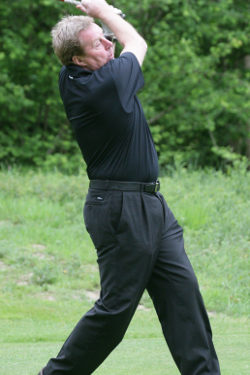 SPURS boss Harry Redknapp has defended his team selection against Rubik Tonka, claiming his side are uniformly mediocre. As Spurs face the first of several thousand games on the road to Europa League not-glory, their first team has had to be confirmed as actual Tottenham players by using their dental records.

Kyle Walker is the only player in the line-up from their previous match against Wolves to start, but this is mainly due to the fact the player has offered to drive the coach to and from the airport.

Redknapp said: “It’s ridiculous to suggest that a team without Adebayor meandering through the gift shop during the match or Van Der Vart laying in a small pile of limbs in the centre circle is somehow weaker.

“I base my selection on whichever players have impressed me in training, if we can take ‘impressed’ as meaning ‘not made me want to clear my desk and piss off home for good’. I have a very limited squad to choose from, despite having bought about 4,000 players.”

He also justified the changes on an injury crisis at the club that has persisted for so long many fans believe the physio room at White Hart Lane may be located on the site of an Indian burial ground.

Other reasons included a full rendition of Billie’s 1998 hit Because We Want To and not having acquired the necessary Home Office permits to transport a Gareth Bale overseas.

But Redknapp insisted: “Ultimately whichever players I pick have decided that Spurs are about as good as they can hope to achieve, which shows you what I’m working with here.”