BRAVE Kate Nash last night admitted she faced the 'fight of her life' after a tiny pimple threatened to devastate a small section of the lower part of her face. Nash has refused to cover her repulsive chin

Wearing a chic headscarf, the 21 year-old singer defied the potentially fatal growth as she danced the night away at the launch of Mark Ronson's new cuff links.

She vowed to defeat the pimple and revealed she had brought forward her marriage to boyfriend Ryan Jarman of The Cribs.

However, the pair have postponed their honeymoon in Seychelles until Nash has completed her first round of Clearasil treatment.

Nash said last night: "At first all I could think was 'God, why me?' Why not Lilly Allen or KT Tunstall or, best of all, one of the scrubbers from Girls Aloud?'.

"I've beaten spots before and I can do it again. I had a horrible one on the side of my nose last month, but I never gave up and a few days later it went away."

Nikki Hollis, beauty editor at the Daily Mail, said: "I think it's great that she's getting out there, living life to the full and being a strong, beautiful woman.

"Unless you looked her directly in the chin, you'd never know she was going to die." 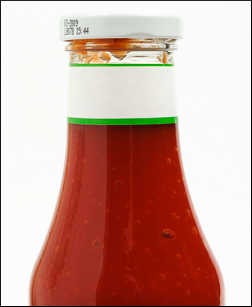 SCHOOLS across England and Wales have been reminded not to serve tomato ketchup as a main course. Most children will throw up after the third pint

Doctors say the popular sauce is best enjoyed in small dollops, often alongside meat based dishes.

A British Medical Association spokesman said: "Latest research confirms our theory that ketchup is a condiment.

"You can spread it across the inside of a bun or bap, or you can cut off bitesize pieces of sausage and dip them into the ketchup. It's really very nice."

He added: "What you must not do is put loads of ketchup into a large vat and then ladle it out to children as if it was cream of tomato soup.

"At that point the salt and sugar levels do become a tad excessive. So remember – condiment, not soup."

Local authorities are now being asked to review their school ketchup policy as well as the decision to fill every classroom with Marmite to a depth of 27 inches.

Kyle Stephenson, an eight year-old, said: "I'm glad they banned horrid ketchup. Last week I had to eat a whole bowl of it.

"They said it was from Italy. It made me cry."