FANS of Cockney duo Chas and Dave threatened to attack the Royal Family last night after this year's novelty honour was awarded to Status Quo. Margaret Gerving gets an OBE for 30 years of volunteering at her local blah blah blah, who gives a flying shit?

In an honours list clearly designed to save money, Chas and Dave were deliberately ignored as OBEs were awarded to the stars of Live Aid and a September 1978 edition of the Top of the Pops.

Julian Cook, author of Rabbit: The Chas & Dave Mullarkey, said: "To be snubbed yet again is one thing, but to be snubbed in favour of Status Quo is a particularly nasty kick in the Jacob's Cream Crackers.

"Every reputable expert in the field agrees that there is essentially no difference between the two, but at least Chas and Dave have always had the decency not to use American accents when they're singing.

"They could have – who in all honesty would not want to hear Snooker Loopy performed in a thick Southern drawl? – but instead they chose Englishness, loyalty and patriotism. And for what? Fucking Queen. Fuck off."

The novelty honour has been awarded each year since 1994 in a bid to balance out the tedious awards given to ordinary people you have never heard of who do actual things.

Publicist Michelle Mone received an MBE for getting herself in the papers once a month by paying that Natalie Imbruglia to wear a fancy bra and pants, and Britain's most senior policewoman, Assistant Commissioner Cressida Dick, was honoured for services to Brazilian electrician removal.

Meanwhile the bald guy off Star Trek received a knighthood, though Whitehall sources insisted it was because he can also remember all the words to King Lear.

Big Brother Contestants ‘Will Not Be Flayed Alive’ 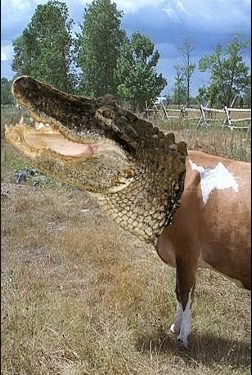 MILLIONS of people across Britain were furious last night after it emerged this year's Celebrity Big Brother contestants will not beg Jesus for mercy as they are flayed alive over white-hot coals. The alligator-cow demon is said to be 'disappointed'

As the producers unveiled a Satanic theme for the show's final series, excited TV viewers looked forward to MC Hammer and Stephanie Beacham being slowly pulled apart by snarling packs of giant, three-headed wolves as their desperate screams were drowned out by the raucous laughter of Beelzebub and his army of child-eating goblins.

Tom Logan, from Finsbury Park, said: "I haven't actually watched it since 2002 when I wrote to Channel Four demanding they fill the house with molten lava and they wrote back saying no.

"So when the Satan theme was unveiled I immediately pressed the series link button on my Sky+ box in the hope of seeing some vapid cocksucker being turned inside out by a 20ft tall demon that has the body of a cow and the head of an alligator, while listening to a looped recording of Janet Street-Porter talking about herself."

He added: "I foolishly believed that Channel Four had been struck by a burning shaft of self-awareness and had concocted a deliciously cruel game whereby they would tempt the vain, avaricious and fame-hungry into their lair and then set about them in a manner that would make a CIA rendition centre seem like a long weekend at the Dorchester.

"But it turns out it's just a few scatter cushions and a bit of fancy wallpaper designed to generate some press coverage and one of those Allison Pearson columns in the Daily Mail that makes you want to set fire to everything in the world.

"If I ever get hold of the people who run Channel Four they will soon discover that hell is not other people, it's just me and my collection of novelty blowtorches."