BRITAIN’S council estates have been cordoned-off after they were linked to the creation of Cheryl Cole. 'What THE FUCK are you looking at?'

The move comes as department of health experts investigate claims by Wagner, the sociologist and sinister cartoon lion, that the X Factor judge’s humble origins may have led directly to her chilling personality.

Officials have warned that ‘Cheryl Syndrome’, an affliction marked by fame obsession, poorly realised tattoos, funny little eyes like full stops and a frightening amount of self-belief, could spread out of control among young women.

“However unpalatable it may be, we cannot disregard the possibility that Cheryl’s deprived and modestly violent upbringing was instrumental in making her whatever she is today.

“One hypothesis is that lack of means to buy expensive things coupled with an ITV shit-fuelled belief that a massive, beige house, extended hair and a luxury mattress spattered with footballer juice is the ultimate a young woman can aspire to may be the ‘perfect storm’ that generates Cheryls.

“As with all these things the real fear is that the disease could mutate. Cheryl Syndrome could cross class barriers, causing albums, chippiness and viscious, unprovoked assaults on toilet attendants by well-brought up girls whose parents have excellent lawyers.”

Council tenant Roy Hobbs, who has been stopped from leaving his estate since Saturday evening, said: “I’m a 46-year-old occasional plasterer, what are the chances of me forming a sassy girl group and enjoying contrived affairs with overtly metrosexual dancers?

“Slim to none, I’d say. Then again I could be marketed as ‘The Plasterer’, singing ‘songs of earthy wit and wisdom’ while sitting on a pretend stepladder in my vest.” 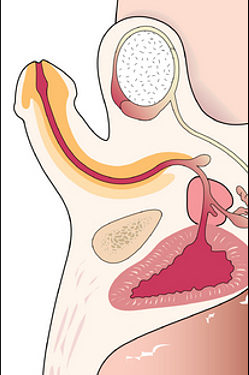 POPE Benedict has paved the way for a new Christian festival, to be named ‘Skankmas’.

The three-day celebration will take place in March as a naked dress rehearsal for Easter and will allow Catholics to indulge in multiple reverse Dutch steamboating with the blessing of the Holy See.

The announcement comes hard in the face of the Pope’s sudden realisation
that condoms actually prevent Aids rather than somehow making it worse.

Benedict said: “I think I must have had the diagram upside down.”

The Pontiff confirmed that Skankmas will be similar to Candlemas but with lots more sheathing and orgasms.

He added: “If you so wish you may also exchange marzipan penises or decorate your living rooms with six-foot wide fandangos wrapped in tinsel.”

A suitable martyr has been assigned to the feast day in the shape of St Nikki the Flexible, who converted an entire regiment of Saracens to Christianity during the crusades using nothing but a bowl of ice cubes.

Her canonisation was secured when 10,000 people witnessed her ascent to heaven moments after performing a Bangkok Hail Mary on the Grand High Vizier of Egypt.

Experts said the creation of Skankmas will see Benedict become the most popular Pope since 1472 when Eusebius the Fantastic decreed that mass could be conducted using a bong.

The Vatican stressed the rubber encyclical does not cover condom-based heroin smuggling but does rubber-stamp their use in preventing the leakage of incriminating DNA into choirboys.

However, Benedict stressed that all those people who wore condoms when he was wrong will still be going to hell, adding: “Unfortunately, Papal decrees do not apply retroactively.

“I wish I could help but I don’t make the rules, I just announce them from an upstairs window.

“And I’m sure that all those people who died from not using a condom are probably in heaven anyway, so I think you’ll find it’s not actually a problem.”