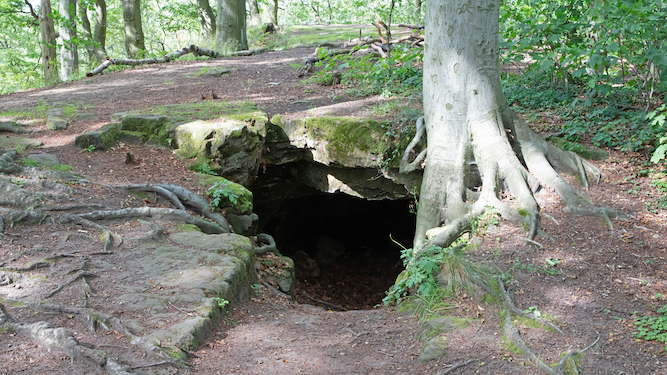 YOU don’t hate the Royals, but nor are you particularly interested. If so, here are some great places to avoid the blanket coverage for the next two weeks:

A cave in the woods

The obvious choice. It’ll be dark and cold, and you may be forced to eat frogs and berries to survive, but it’ll be well worth it to avoid Piers Morgan fawning over Philip while conveniently forgetting he’s been waging a personal vendetta against his grandson and grandson’s pregnant wife.

Some of these still exist, but can be tricky not to die on. Watch Tom Hanks in Cast Away for survival advice, and remember to take a volleyball you can draw a face on for companionship. And for sex.

Inside your own mind

If travel isn’t an option, simply take a very large quantity of hallucinogenic drugs. You won’t be interested in Philip coverage when you have much more pressing issues to think about, such as whether the faces in the wallpaper are evil.

Living under a Stalinist dictatorship has its downsides, but you can be sure Prince Philip’s death won’t be on the TV news constantly. And propaganda like ‘Glorious leader Kim Jong-un invents rocket that can destroy the sun’ will be far more interesting than Nicholas Witchell droning on about ‘a nation in mourning’.

Just get so wasted you won’t remember a moment of the non-stop, fawning coverage on every f**king channel and in every newspaper. However rest assured this is going to go on for a long time, so book your stay at the Priory now.

'You don't take this shit seriously, do you?' says style supplement editor 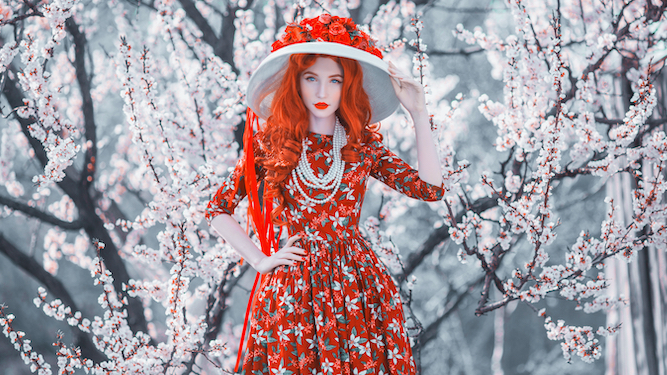 A SUNDAY paper style supplement editor admits she is just having a laugh and never expected anyone to go and buy mahogany sandals or a purple crushed velvet sofa.

Charlotte Phelps, who works for The Sunday Times, says she and her team dare each other to make up the most outlandish crap for a giggle, and are surprised no one has caught on.

Phelps said: “I thought it would be obvious that I was taking the piss. The other month I did a bullshit feature saying fluorescent orange PVC boots with beige suede fringing are perfect for walking the dog in the nearest muddy field.

“I was sure they would call me in for a talking-to about the ‘real world’ and how most readers like attractive, normal things, but instead they promoted me to senior editor.

“So next week’s issue has an ‘avant-garde thought leader’, which is basically some bonkers woman with a trust fund who’s made all her interior furniture out of felt dipped in resin.

“And the style pages feature tan-coloured high heels fashioned entirely out of Bakelite, retailing at £1200 a pair. Bloody hilarious.”