LINDSAY Lohan needs to find herself a much hotter girlfriend – and quickly, men said last night. Lohan's gayness was initially greeted with enthusiasm by men eager for masturbatory fantasies involving the Freaky Friday actress entwined with another stunning lesbian.

However, the early euphoria turned to anger when it was revealed Lohan's lover was Samantha Ronson, a disc jokey and Britain's leading David Miliband lookalike.

Wayne Hayes, a masturbator, said: "It's a log cabin, lit only by firelight, Lohan is lying naked on a fur rug, she's fondling her own breasts, This is good. This is really good.

"The door opens, it's her girlfriend – bonus! She steps out of the shadows, she's naked too, but oh no! It's the foreign secretary, with a strap-on!"

He added: "Well, that's ruined it. I'm going to have to start all over again with Cameron Diaz, Lucy Lui and a vibrating egg."

Charlie Reeves, 14, from Didcot, said Lohan had a responsibility to young fans who had followed her breasts since Herbie: Fully Loaded.

He said: "When she jumped up and down I got a weird feeling in my underpants and my dad made a funny noise."

He added: "What's wrong with a naked splash fight with Charlize Theron? Or smearing Nutella over Scarlett Johansson's quivering buttocks and then having a shower together? Nutella only comes off if you use lots of soap, apparently." 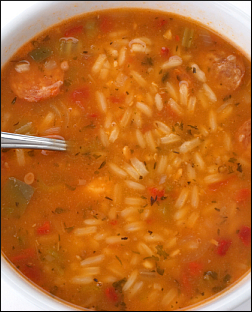 THE $700 billion rescue of Wall Street has been held up after intense lobbying by America's vast and powerful soup manufacturers. The economic forecast is 'warm and chunky'

A cartel, led by Campbell's, is urging Congress to reject the plan and give Americans the chance to queue for a steaming bowlful of hearty broth.

Meanwhile Knorr is demanding at least half the proposed rescue package be diverted into a contingency fund for chicken stock cubes.

Pressure from 'Big Soup' has even led to bribery accusations, with one senator being offered a $2 million campaign contribution and as much cock-a-leekie as he could stuff in the back of his car.

A spokesman for Campbell's said: "The US economy must be allowed to go through all the phases of its natural cycle. We've had 'psychotic greed' and 'frenzied panic' and now it's time for 'soup kitchen'.

"The millions of jobs lost will soon be replaced by high quality positions within America's fast growing soup industry. We'll need experienced marketing executives to hand out flyers and, of course, somebody has to make all the soup.

"This will be nothing like the 1930s. Back then no-one cared about the quality of the soup or the queuing experience. It was all very drab and everyone looked so thin and sad.

"These days we use only the finest ingredients and we'll have plenty serving stations so no-one should have to shuffle pathetically for more than 20 minutes. We've even lined-up Robin Williams to keep everyone entertained while we change the pots."

He added: "Taste our harvest tomato with basil and tell me you wouldn't beg for it."