Peston is now a shimmering orb of pale blue light hovering about four feet above his chair at the BBC Television Centre.

He continues to break stories on the financial crisis, but it has now taken the form of perfect knowledge beamed directly into your mind, or transmitted via a series of low, vibrating pulses.

BBC director general Mark Thompson said: "Robert is risen above the physical plane. He is both the essence and the vessel for all that is and will ever be.

"He is no longer Robert Peston, BBC business editor. His atoms are now woven into the very fabric of the universe. He is become pure news."

The BBC has also appealed to householders to limit their electricity use as the ball of light that used to be Robert Peston continues to suck millions of volts directly from the national grid.

Across London thousands of ecstatic followers poured into the streets to celebrate Peston's new form. Two goats were sacrificed outside JP Morgan as half-naked staff danced round a disco glitter ball.

Meanwhile the few remaining sceptics tried to jam Peston's transmissions by wearing a plastic bucket on their head.

Tom Logan, a trainee accountant, said: "He only err gets all these err stories, because he err spent much of the err last 10 years with his err nose rammed straight up err Gordon Brown's err dirt box." 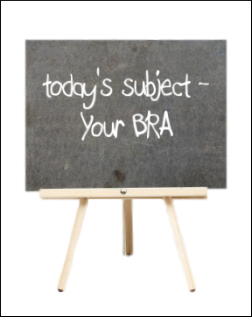 TEACHERS are to be given a list of all the teenagers they can legally have sex with, it emerged last night. Under current restrictions many teachers are confused about which 16 year-olds they can pursue and are instead forced to do it at home with their aging partners.

Following a deal with the Department of Education teachers in England and Wales will be supplied with a 'hump list' and a 'no-hump list' of all the 16 year-olds in their local authority area.

When in bed with one or more 16 year-olds, teachers will have to read names from the 'no-hump' list. If anyone replies 'here' the session must be abandoned.

Bill Mckay, a sixth form tutor from Essex, said: "An average size town will have around three thousand 16 year-olds endlessly flaunting themselves in their short skirts and knee socks.

"But because of these bizarre restrictions a teacher will only be able to have sex with as few as 2,940 of them."

He added: "Why should my pupils be denied instruction in the arts of love from an experienced, middle aged man who has totally gone off his wife?"

English teacher Elaine Bishop added: "It's very difficult to get to know these youngsters if you can't lean over them in class, lend them Lady Chatterley's Lover, and promise them at least a B+ in return for casual sex."