William And Kate: Eight Years Of Doing It

WHEN Prince William arrived in St Andrews on a bright September morning in 2001, the Scottish seaside town, famous for its golf and its wind, would never be the same again for four years.

Later that day, in a history of wallpaper tutorial, a pretty, brown haired girl who had already impressed everyone with her ordinariness, passed a note to one of the prince’s bodyguards.

In line with centuries of protocol and tradition, the bodyguard immediately took it to a nearby pub where the prince was showing some sixth formers from the local girls’ school how many press-ups a future king can do.

William read the note, telephoned his grandfather and two weeks later, following the necessary checks for lice and gum disease, the couple were engaging in boisterous intercourse while Prince Philip and his associates watched intently from behind a two-way mirror.

At first the relationship was kept secret. Only Philip, his Chinese henchmen, the couple’s university flatmates and that blow-dried ponce from the Daily Mail could know that they were at it.

But within weeks of Kate and William’s bodyguard completing their degrees, it was time for a new Royal romance to be exposed to the harsh light of public bullshit.

For the next three years the young couple did it in Klosters, Mustique, Africa and repeatedly in the bogs of some Chelsea flesh-pit as Britain fell in love with Kate’s silky thighs and her graceful, yet familiar, middle-class chin.

But, suddenly, in the summer of 2007 the couple found themselves torn apart by the strain of not having to do anything if you really don’t want to. In one of the darkest fortnights in its history, Britain held its breath and wondered if William would end up doing it with Christina Aguillera, or perhaps even a Minogue.

But their love for each other proved too strong and they were soon back together and having new and exciting forms of intercourse thanks to William’s burgeoning interest in large, publicly-funded ships and helicopters.

In recent years the couple have settled down to a quiet life of regular coitus, often in Wales where they can have the privacy they need to use sex swings and non-stick vibrating eggs.

And now, after eight years of intercourse and horses and laughing – usually at the same time – they are to embark on a new adventure called marriage. All of Britain wishes them well, even though her mum worked in Debenhams or something.

It truly is a golden age.

Each and every one us will be deeply affected by the looming royal marriage… (Peter Oborne, Daily Telegraph)

In an important sense, this betrothal has far more to teach a new generation about relationships – and fidelity, too. (Bel Mooney, Daily Mail)

For Kate and William, their engagement has profound national significance. They will help form our collective imagination. They are now part of what we are as a nation, how we define ourselves as individuals. (Peter Oborne, Daily Telegraph)

As somebody whose business it is to study the human heart.. (Bel Mooney, Daily Mail – she actually wrote those words)

Today we are wiser and perhaps more humane. The unrealistic expectations that destroyed Charles and Diana have gone. (Peter Oborne, Daily Telegraph – he’s playing a blinder)

It is rare these days that we glimpse broad sunlit uplands, but this is one such moment. (Daily Telegraph editorial – sweet fucking Jesus)

And the winner is (obviously)…

Diana, the bride at every royal funeral and the mourner at every royal wedding, was present in more than just the engagement ring which sat so heavily on the hand of this young woman who must now walk a mile in her bloodied shoes, on a road leading who knows where. (Julie Burchill, The Independent)

FROM THE ROYAL VAULTS:

I’ll do it if you land a helicopter on my parents’ lawn, Kate told Wills

William to use SAS for sexual role playing 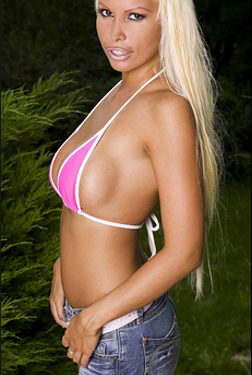