Church Accepts Gay Adoption As Long As They’re Not Flaming

LEADERS of the Roman Catholic and Anglican churches have agreed an historic deal with the government over adoption by gay couples . Under the compromise church adoption agencies would accept same-sex partners as long as they seem normal and, in the words of one bishop, "aren't mincing around like a couple of chorus tarts from 42nd Street".

Cardinal Cormac Murphy O'Connor said: "God, in his infinite grace, has delivered a solution whereby adoption rights would be granted to those homosexual couples who do not flounce around like nancy-boys but instead give the outward appearance of normal, well-balanced men who enjoy Top Gear.

"Put it this way: For those of you familiar with the US sitcom Will & Grace, we would accept a couple like Will and Vince, his policeman boyfriend, but not Jack and one of his Puerto Rican boy-toys.

"The issue of female gayness has proved more difficult but ultimately we have decided to accept those who resemble the pert, fragrant, lipstick lesbians of The L-Word or Tipping the Velvet and not those awful, chunky, crew-cut dykes that were 10-a-penny in Prisoner: Cell Block H." 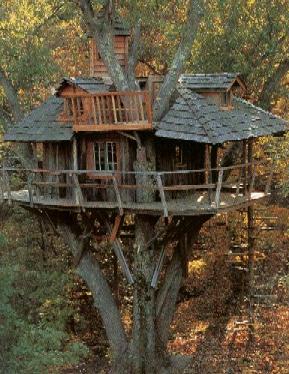 WITH one-in-three television programmes now classed as overtly racist, a new channel is being launched to cater for a growing market of bigoted lunatics.

KLAN TV's flagship programme will be White Power Treehouse, a reality show featuring young female celebrities locked in a treehouse with a constant supply of wine boxes, sharing their thoughts on race, culture and social cohesion. Big Brother's Jade Goody will present How to… Send Them Back, an interactive show devoted to viewers' light-hearted suggestions on how repatriate thousands of elderly British citizens to their Commonwealth countries of origin.

Meanwhile Simone Clarke, the BNP-supporting ballerina, will host Strictly Anglo-Saxon Dancing, where celebrities will perform routines not influenced by the frenzied sexual jiggling of the sub-Saharan cultures.

Another early highlight will be the poignant, fly-on-the wall documentary The Boy Who Didn't Like the Bangladeshi Family Next Door.

One KLAN TV executive said: "We expect a diverse audience. On the one hand we'll have lots of moronic white thugs leaping around their living rooms, grunting and throwing ready meals at their knocked-off plasma screens; and on the other we'll have lots of outraged white liberals, fizzing in front of their Bang and Olufsens, choking on their Cloudy Bay and feeling really good about themselves. We're going to make fucking millions."