WOMEN who know their place emit less carbon dioxide than uppity madames with so-called careers, it was confirmed last night. The Institute for Studies found that staying at home with children and not driving a stylish city-car produced a smaller carbon footprint than rushing around in a natty suit while using a mobile phone to arrange marketing strategies.

Professor Henry Brubaker said: "Woman who know their place are on average 40% less carboniferous than women who think they are just as good as me.

"In fact, I would suggest that Islamic dictatorships who forbid women to drive on pain of stoning will one day be seen as the heroes of the ecological movement."

Professor Brubaker said the emissions caused by decent women were sustainable, including Friday night sex with a low energy light on, though more work was needed to control the pollution caused by the baking of delicious pies.

And he stressed that women had a crucial role to play in the fight against global warming, adding: "Let's not forget that men can only save the planet if we have a clean shirt and a decent breakfast."

But chippy feminist Nikki Hollis criticised the report, adding: "It is every woman's right to drive a Freelander and fly to New York for business shopping.

"We can only achieve true equality when we can stand shoulder-to-shoulder with men, look at the cataclysmic destruction of the world's ecosystem and proudly proclaim that at least half of it was our fault."

But Professor Brubaker insisted: "While Ms Hollis makes some interesting points, it's not getting the tea made is it?" 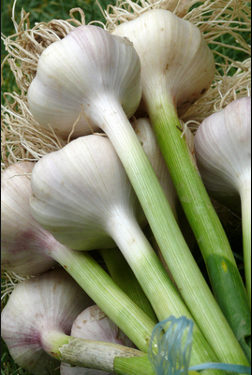 THE new president of the European Union is a Catholic German vampire who craves the blood of your children, experts warned last night. Free garlic in this week's Mail on Sunday

As the unelected leaders of Europe chose the unelected Belgian prime minister to be your unelected president, vampirologists revealed Herman Van Rompuy's true identity as a 486 year-old blood-sucking monster of the night.

"At the age of 21 he went hunting in the mountains where he was bitten by a giant Roman Catholic bat. At that very moment he became Nosferatu, Lord of the Undead, though he decided to change it to Herman Van Rompuy as Nosferatu was a bit of a giveaway."

Hitchens added: "For nearly 500 years he has held powerful positions in finance, politics and the military enabling him to start a series of wars, help both Hitler and Stalin into power and engineer countless recessions, plagues and famines. He also invented the Eurovision Song Contest.

"All the while he has been subtly and cunningly manipulating European politics so that one day he would ascend to his throne of blood and begin the evil process of telling you how safe your car should be."

Experts say Roman Vampyre Hun will be unstoppable now he has the help of the European foreign secretary Baroness Ashton, an anagram of 'No Ass Horn Beast', who, according to ancient legend, is Nosferatu's evil henchman.

Hitchens said: "And yeah, Van Rompuy and the Beast With Horns But No Bottom shall hold dominion over the all nations and make them have lots of rules about fruit.

"You shall not take my blood, Belgian fiend!"