Save The Planet For Us, Say Selfish, Undeserving Little Turds

MILLIONS of children are urging world leaders to invest in new ways of generating electricity for the mobile phones and games consoles they are glued to every minute of the fucking day. A planet fit for a 3D version of 'Assassin's Creed'

As the climate change summit kicks off in Copenhagen young people across the globe signed a declaration demanding new forms of sustainable energy otherwise they may be forced to go outside and look at a tree.

Charlie Reeves, 13 from Grantham, said: "Please world leaders, I don't want to be the first generation to skip past some programme on BBC2 about the death of the last polar bear while I'm looking for real life police chases or something about freaks.

"It wasn't my generation that broke the planet. All I've been doing is sitting in front of the television waiting for my mobile phone to charge up so I can talk to my friends about how to get to level six on Assassin's Creed while my dad looks at that meter in the hall cupboard before sticking his head round the living room door and calling me an 'expensive, pointless little shit'."

He added: "I want Gordon Brown, Barack Obama and the Chinese man to promise that whatever they do, they won't force me to remove my precious little head from its bumhole, not even for five minutes."

Environmentalist Dr Tom Logan said: "Copenhagen is not about today, it's about tomorrow and the day after tomorrow. As well as Independence Day and possibly Godzilla.

"It's about saving the planet so that Charlie and all his little friends can one day play Assassin's Creed in 3D that is so convincing they will think the trees are real if they have any idea what real trees look like."

A Downing Street spokesman said the government agreed with whatever it is the children are saying, adding: "Let's just hope that Grantham is still here by the weekend and that Charlie's precious little head hasn't burst like a balloon."

From the vaults: 'If it's alright with you, I'd quite like a fridge'

But The Real Word Is Full Of Poor People, Say Bankers 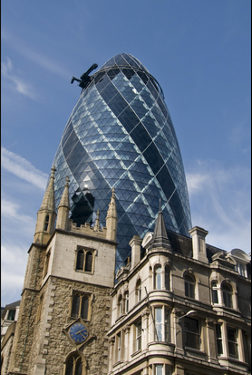 BANKERS last night rejected calls to live in the real world insisting it was full of badly-dressed poor people with only one house. Senior ministers launched a stinging attack on the banks yesterday insisting they had to act more responsibly if they were going to let them invest the profits they made on all the houses they bought with taxpayers' money.

But the British Banker's Association hit back, claiming it would be impossible for its members to inhabit the same world as people who do not own cliff-top property in Sardinia and float around on a cushion of air.

Tom Logan, head of equity distribution at Donnelly-McPartlin, said: "I got into investment banking because I'm actually allergic to the real world and my doctor says that if I live in it I could die.

"None of this is real. If I stop imagining it we would plummet the equivalent of 50 storeys to our certain deaths."

He added: "Allow me to explain. Yesterday I used exchange-traded derivatives to buy 140% of a property development that hasn't been built yet – and, crucially, will never be built. I then converted the hypothetical profits into ratio-spread bond futures and invested it in oil that hasn't been discovered yet – and, crucially, will never be discovered.

"At no point did I come within 200 yards of anything resembling reality – and that's why I get the really big bonuses."

Julian Cook, chief economist at Madeley-Finnegan, said: "There are, essentially, two universes existing in parallel at the same point in the space-time continuum.

"This means that we can see all of you – queuing for things, eating out of packets and coughing violently – and sometimes you can even see us – but you can't touch us. And of course we live with the constant fear that if we touch you, we could become one of you. Our tans would fade, our teeth would separate and we'd forget how to order wine."

He added: "All this talk of reality is very dangerous. It would be like forcing Peter Pan to work at Carphone Warehouse and share a flat above an off-licence with his chubby, flatulent mate from university. It would kill him.

"Do you want to kill Peter Pan? Is that what this is all about? What's wrong with you?"