MILLIONAIRE banker Sir David Scholey remains unable to achieve an erect penis despite shooting bullets into a lion, it has emerged.

The former Bank of England director, who has not been fully engorged since Margaret Thatcher sank the Belgrano, was pictured with the lead-riddled former cat whose killing he had believed would reinvigorate his workshy genitals.

He said: “Despite being guaranteed a boner by the safari company, I felt only the merest stirring

“Perhaps a fleeting downstairs inflation at the creature’s final death throe, but that may just have been the African breeze entering my khakis.

“God knows what I must do to fully tumesce. Strangle the last of a rare species of fruit bat? Beat an antelope with a shovel? Crash a packed school bus into a rhino?

“I shall be a pariah among my Tory donor friends if they discover that I am no longer sexually aroused by death.”

Zambian anti-impotence safari companies charge up to £26K per day to take wealthy flaccid individuals to where some lions are, in a man-versus-nature scenario which would be thrilling and even-handed if the lions also had guns with telescopic sights and travelled in armoured vehicles.

African lion Bill McKay said: “Yesterday three of my friends were shot for no motherfucking reason.

“I know that makes me sound more like a rapper than a lion, but it’s still true.” 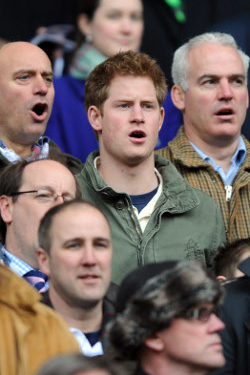 THERE have been fresh calls to detain Britain’s diehard rugby fans in New Zealand for the rest of their lives. King Ginger the First of Rugbania

Campaigners insist the move will free up UK pubs from thick-necked men drinking a pint of somebody else’s vomit while the sparsely populated country will give them plenty of room to swing their constantly exposed forearms.

Sportologist Dr Wayne Hayes said: “I once went to New Zealand by accident. They will have millions of pointless acres of grass to charge up and down while sniffing vigorously at each other’s scrotums.

“If we act quickly and quarantine the place we can turn it into a knuckle-scraping version of the Jurassic Park island, but instead of velociraptors it’ll be slow-witted, ruddy-faced men called ‘Ollie’.”

The World Cup has lured rugby people from 20 countries across the world with the promise of 14 penalties a minute and the chance to drink warm, flat beer from plastic cups.

Experts estimate it could be the biggest migration of insufferables since the Nazi invasion of Russia.

Hayes added: “Conservationists have complained that New Zealand’s pristine environment will be damaged by such high concentrations of hilarious flatulence, but then again it coped pretty well with five long years of Orlando Bloom’s ghastliness.”

Meanwhile, meteorologists predicted that if the wind is blowing in the right direction, people on the coast of Peru should be able to hear a jaunty song about a woman called ‘Vagina’.

The World Cup will continue until 23 October, or until everyone involved has died from an anus-related prank.