TREES will not uproot themselves and embark on blood-soaked killing sprees by 2035, global warming experts have admitted. The IPCC headquarters in Geneva

The International Panel on Climate Change confirmed the evidence had not been peer-reviewed and will now amend the section of its 2007 report devoted to 'killer trees'.

A spokesman said: "It appears the claim was not based on new data or field research but on that bit with the angry, talking trees in Lord of the Rings: The Two Towers.

"We're reviewing our procedures to determine how it made it into the final draft, though someone should probably have noticed the vivid description of the attack on Saruman's underground orc factory.

"There is a supplementary source, and yes it is that bit with the angry, talking trees in The Wizard of Oz.

"We still think there's a strong chance that trees will become sentient and take revenge on man for chopping down all their friends and turning them into spatulas, we're just not sure when."

The killer tree scandal is the latest embarrassment for the IPCC which has also been forced to withdraw claims that global warming will cause elephants to grow to more than 200ft tall and develop an extra pair of massive tusks after sceptics pointed out it was obviously from Lord of The Rings: The Return of the King.

The spokesman added: "You have to understand that for committed environmentalists, The Lord of the Rings is very, very special.

"Many of them think it's a documentary and one of them – I'm not mentioning any names but it's George Monbiot – actually thinks he's Samwise Gamgee."

Heathrow Staff To Giggle At Your Tiny Penis 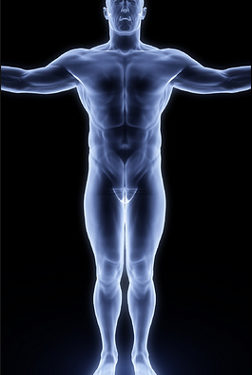 SECURITY staff at Heathrow airport are today preparing to snigger uncontrollably at your small, sad penis. 'Sorry sir, but your penis isn't showing up on our scan. Do you have a girlfriend?'

New scanners will allow bored customs officers to see exactly what each male passenger is packing before deciding whether to laugh and point, or strip search them in front of a snarling doberman.

A spokesman said: "Spending 12 hours a day watching people fly off to exotic locations you could never afford can be soul-destroying stuff. But now we can giggle like schoolchildren at some fat businessman's shrivelled winkie.

"He may be a master of the universe, drive a 911 and earn more in a day than we do in a year, but that will be made all the more bearable if we know he's hung like a budgie's tongue."

Meanwhile, men who have large feet or a smug expression will be also be singled-out for special treatment.

The spokesman said: "I think we can all agree that any man who got a visit from the cock fairy deserves to have his luggage scattered around an interview room for six hours while a ravenous dog fixes its clinical stare at his now tremendously vulnerable nutsack."

But airport owners BAA have assured passengers that staff will continue to carry out pointlessly intrusive body searches of young people who have obviously been on a gap year paid for by their parents.

The spokesman added: "No amount of technology can replace the satisfaction of dragging some posh hippie off a flight from Santiago and going for a bumpy ride around his back passage simply because the canteen has sold out of jam roly-poly."