BOTTLES and cans of alcohol are to carry labels warning consumers they could end up shitfaced. The move comes as figures reveal a massive 1.3% of the UK population are unable to handle a night on the sauce.

Other measures include allowing health secretary Alan Johnson to set the price of Drambuie as well as a ban on clinking glasses and saying 'cheers'.

From next April pubs and bars will also be required to serve a bag of vomit with every other pint or large glass of wine.

The Department of Health said it considered a range of messages including  'Monkey Juice', 'Puke-Tastic' and the hard-hitting 'You Die Now!'.

A spokesman added: "There are many different ways of communicating the message, but we reckon 'shitfaced' pretty much does the business.

"If 'shitfaced' doesn't work we will legislate to ensure all alcohol bottles carry a special magic mirror that will show you what you look like when you're dead."

Meanwhile ministers are expected to publish research next week which suggests drinking alcohol around other people can give them lung cancer.

Millionaire Actors Told To Cheer The F*ck Up 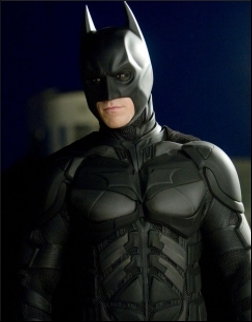 YOUNG multi-millionaire actors were last night urged to stop being so angst-ridden and just cheer the fuck up. You've let yourself down, you've let Gotham down

Experts said that instead of droning on about their emotions, they should remind themselves they earn more money than they could ever need for dressing up and playing pretend.

The move came as Hollywood actor Christian Bale was questioned by police for allegedly assaulting his mother after she told him he was Welsh.

Professor Henry Brubaker, of the Institute for Studies, said: "There are pressures attached to fame and money, but they're the pressures of everyone thinking you're great and having a long queue of women offering to blow you 24 hours a day.

"For instance, these young men have a far better chance than I do of having sex with the likes of Scarlett Johansson and Jessica Alba. Or what about that Tara Reid? She seems up for it.

"And after all the money and the awards and the five-star oral, you can offer the world your opinions and people will take you seriously even though you're just a tit.

"So instead of losing your temper, why not give us a nice, big smile, given that your life is, after all, just one long fucking dream come true?"

Professor Brubaker added: "To give you an example, If I was a millionaire actor who was feeling a bit glum, I'd just make loads of jelly and have a big jelly party.

"Or, if the weather was nice, I'd buy some Scotch eggs from Tesco and go and sit in the park."