WOMEN who don’t like having sex with men have something wrong with their brains, a new study has finally proved beyond doubt. This bird's noggin is teeming with lesboidal brain malfunction

Scientists have confirmed that whenever a wife, girlfriend or attractive woman in the pub declines the opportunity to have sex, it is because they are a frigid, mentally defective dyke who is scared of a real man like you.

Researcher, Tom Logan, said: “Up until now we were sure that lesbianism was all in the mind. That women who did not want to have sex with you only thought they were lesbians.

“But if you look closely at these head x-rays you can see exactly where all the lesbianism is.

“It seems as though not wanting to have sex with a man makes the frontal lobe doo-da go the colour of denim.

“Meanwhile these other x-rays show what happens inside the brain of a normal woman who is constantly up for it. Look how happy she is.”

He added: “If there is a lesson to be learned from this it’s that women should look after their brains and stop being so totally lesbian about having sex with me.”

But Dr Logan’s wife, Emma, said: “My study suggests very strongly that it’s not me it’s you, you fat, bald, stinky little shit.

“If I don’t like sex, then what the fuck are all those tea lights doing in the bathroom?” 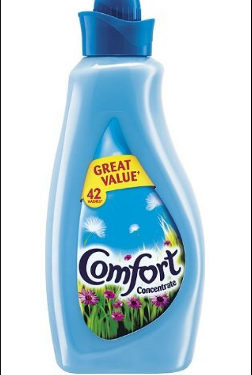 Lauren Booth said she had become a regular user of the discount supermarket chain after a spiritual experience last Tuesday.

Writing in the Daily Mail obviously she described Aldi as the ‘most misunderstood of all the supermarkets’.

Booth wrote: “Some people say Aldi is evil or that it oppresses women by selling incredibly inexpensive chocolate.

“But Aldi is actually about human dignity, peace between all people and an insane amount of patÃ© for less than a quid.”

Booth said she had been standing in the household detergent aisle at the Aldi in Hatfield when she realised ‘something extraordinary’ was happening to her.

“Over the years I probably used the same supermarkets as you, and so going into Aldi was very much a spiritual journey into the unknown.

“But minutes later I was amazed to find myself standing in front of some bottles of fabric conditioner that, while they were not Comfort, looked very, very similar to it.

“It was then that I realised that while we may all look slightly different on the outside, we are all probably the same on the inside though maybe some of us are not quite as good at achieving fabric softness as others but then again we are an awful lot cheaper.

“And I also felt closer to God or something.”

She continued: “Seconds after I left the store I phoned up the features editor of the Daily Mail and asked him if he would like me to write something about what had just happened to me and he said yes.

She added: “Please take some of this patÃ©, I’ll never finish it all.”