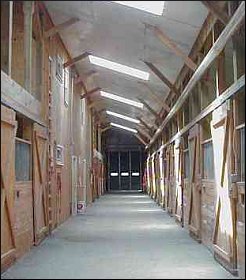 Her Majesty's new home near Riyadh