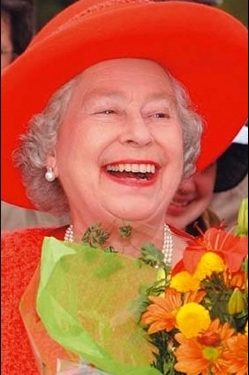 HER Majesty the Queen will use her Christmas message to reflect on what a thoroughly ghastly year it has been for the likes of you. 'Recessions are just so beastly, aren't they?'

Speaking from the King Charles Spaniel Library at Sandringham, the monarch will pay tribute to Britain's armed forces and thank the nation for its resilience in the face of living in such terribly small houses.

The Queen will say: "As you prepare the best Christmas dinner you can afford in your pokey little kitchens – where on earth do you hang your deer carcases, by the way? – my family and I will once again toast your forbearance and ponder the fact that many of you do not even have a library for your spaniels.

"And as a cruel winter grips the nation I know that some of you may even be listening to me on your car radio as the battery runs flat and you face the prospect of trying to catch a meaty crow or an old badger just to stay alive until Boxing Day.

"I just wish I could let you borrow my helicopter, but I can't."

The Archbishop will say that too many young men are being drawn into gangs, usually with 12 or 13 members, and when they get stopped by the police they deny all knowledge of each other.

But he will stress that the birth of Christ reminds us of the hope, comfort and strength that come from being part of a loving relationship as long as none of it involves 'bottoms and whatnot'.

Meanwhile travel chaos continues to grip the country with many people facing the glorious prospect of being separated from their families over Christmas.

Tom Logan, who has told his parents he is stranded on the A43, said: "It's all shaping up very nicely. I'm going to nip into M&S for a job-lot of mini pork pies, check into the Kettering Travelodge and watch Emmanuelle IV on my laptop.