Assange would be getting taste of own medicine if he was a government, say experts

JULIAN Assange is not really getting a taste of his own medicine because he is not a huge, deceitful government, experts have confirmed. Starts wars and has his own police force

As the Wikileaks founder tried to stop the publication of his own memoirs, he was accused of hypocrisy by people who prefer not to have fully formed thoughts.

Roy Hobbs, a sales executive from Stevenage who thinks famine relief does more harm than good, said: “This is an important victory for all those who are sent to jail unless they give 40% of their income to Julian Assange.

“I’ll wager he will now use his unprecedented military and economic power to have his publisher arrested for rape.”

“Please, for the love of Buddha, tell me you understand the difference.”

He added: “And by the way, just because he looks slightly creepy does not actually mean he’s the baddie.”

Johnson to place strippers next to World Cup goal posts 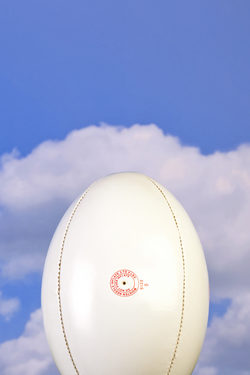 ENGLAND manager Martin Johnson is to position a brace of floozies and a
pitcher of lager behind the goal line in a bid to motivate Mike Tindall. Tindall’s place was confirmed in Saturday’s starting lineup, assuming he can be uncuffed from the Wellington midget he was found slumped next to last night.

Team doctors are hopeful the high heels he’s been wearing will not have aggravated a previous ankle injury and are also looking for a hypo-allergenic skin cleanser to remove the word ‘twat’ written across his forehead in permanent marker.

Johnson said: “If we can attach a nipple to the ball, it’ll take the entire Romanian squad to get it out of his hands and we’ll have to get the assistant coach to wear a Zara Phillips mask to make him release it.

“We’re also going to try some hypnotherapy to convince him the Romanian line are a stag do from Carlisle pushing in at the bar during half price Jaegerbomb hour.

“As Mike would no doubt say, it’s going to be utter fucking carnage.”

Tindall is understood to be keen to play on Saturday, given that his wife has arrived in New Zealand and being knocked about by 300 stone of hairy eastern European is preferable to explaining why he smells so richly of skank.

He said: “I am aware of the recent press coverage about my behaviour and would like to unreservedly apologise for behaving like every single rugby player that’s ever existed since William Webb Ellis first picked up the ball and dared his mate Johnny to shove it up his arse for a laugh.”