But I was wearing tights, says violent criminal

US vigilante Phoenix Jones has had his costume-based appeal for leniency rejected. And yet, still not as ridiculous as Batman

The Seattle-born superhero was arrested for beating up several members of the public while playing extremely cool dance-rock crossover music from a set of speakers he had installed nearby.

Witnesses also reported hearing him shout what appeared to be a series of carefully-rehearsed one-liners as he committed his multiple assaults.

Local police chief, Roy Hobbs, said: “The fact he’s managed to assemble a spangly costume and cape doesn’t make him above the law, as was illustrated in the 70s following the arrest of countless Funkateers.

“Bootsy Collins may be ‘the man who put bass in your face’, but that doesn’t make him a super-hero crime-fighter.”

Seattle police have urged locals that if they witness a crime, telephoning a vast network of trained investigators and enforcement officers is the best way of ensuring it is dealt with, rather than relying on Jones’ method of hero-summons, which involves setting off some fireworks while banging two bin lids together.

Jones first came to police attention after his intervention in a dispute over licensing hours between two restaurants caused him to be hospitalised when he slipped two discs trying to hurl a pizzeria into the sun.

It is unknown what prompted the spate of one-man justice but neighbours near the bedsit where Jones lives during the day with pet terrier Captain Lone Wolf, said the combination of divorce and redundancy may have something to do with it.

Hobbs added: “This is why I won’t sit through Batman films. It’s all very well blowing up half a building to save some bird you’re trying to hump, but I end up doing all the fucking paperwork.”

Most people still think organs might be handy after death 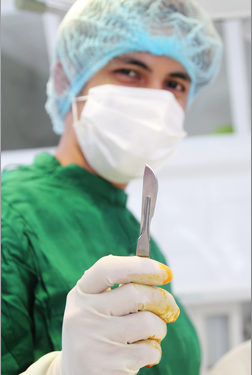 THE majority of potential organ donors would prefer to keep hold of their body parts until they are fully decomposed, just in case. Apparently this doesn't hurt of you're dead

In response to the ongoing organ shortfall the government is considering plans to offer free funerals to deceased donors, including up to four hymns and quality post-service nibbles at the local Beefeater.

However, a survey has found that 84 per cent of Britons believe it sensible to hang onto their vital organs until they are fully liquefied.

Martin Bishop, an engineer fropm Peterborough, said: “I won’t be using my liver once I’m in the ground, but that doesn’t mean I’ll stop wanting it.

“Firstly, it’s mine. Second, I’m slightly angry about being reminded of my own mortality. Thirdly, what if I am accidentally declared dead while actually in a strange catatonic state?

“That happens a lot in Edgar Allen Poe stories, and also in real life.

“Then I’d need my body intact so that I could wake up screaming in a coffin, clawing hopelessly at the wood until I finally run out of oxygen.”

Nurse Emma Bradford said: “Despite being ostensibly a rational atheist, when I think about organ donation I can’t shake a nagging feeling that the human soul resides in the liver.”

She added: “Also, given the state of the ecomomy, if a latter-day Burke and Hare went to all the trouble of digging up my mortal remains for sale on the black market, I wouldn’t want them to be disappointed.”