Ireland To Dance Its Way Out Of Debt

IRELAND is to save itself from bankruptcy by dancing. Imagine them all doing this at the same time

The Irish government has walked out of talks with the European Union over a Â£77bn rescue package and instead plans to perform a series of exhilarating jigs in exchange for shiny gold coins.

Prime minister Brian Cowan said the first stage in rebuilding the economy was for Irish people to dance for each other in a bid to make the nation self-sufficient in dancing for the first time since 1957.

But he also stressed that Irish dancers would be available to rent in groups of up to a million.

Meanwhile, it has also emerged that thousands of young Irish people are already leaving the country in the hope of finding dance work in Britain and America.

Gerry O’Flaherty, from County Wexford, said: “As soon as oi get to Boston oi’ll do me little jig and they’ll all throw their coins at me magical feet.

“Oi’ll send some home to me dear little mammy and then spend the rest on whiskey and Noraid.”

Economist, Julian Cook, said: “The Irish economic boom was based on call centres full of flirty-voiced girls called Rose and Cathleen who were bursting with dirty passion but unable to assist you with your insurance claim.

“And of course it was also based, to a very large extent, on huge amounts of European taxpayers’ money being tossed around like holy water.

“Therefore it would be ridiculous if their survival was to be based on even larger amounts of European taxpayers’ money, but thankfully they have recognised that and have decided to dance their way out of trouble instead.”

He added: “To be honest they’d have been better off planting potatoes.” 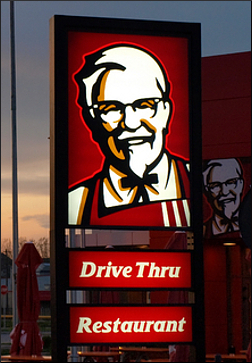 SEBASTIAN Vettel marked becoming the youngest F1 champion ever by embarking on a marathon knucklefish session behind KFC. The German car-pointer has vowed to use his prize money to pay child maintenance to all of his 13 babymothers, as well as buying some bass bins the size of tumble dryers.

Follwing his victory in Abu Dhabi, he said: “When they gave me the champagne after the race I was all like ‘ain’t you got no WKD Blue, blud?’ and the guy was looking at me proper vexious, y’get me?

“Anyway, he gives me this massive trophy and I’m thinking ‘this is gonna get well loads down Cash Converters’.”

The Red Bull driver’s season started badly as he finished last in the opening three races after trying to impress a group of pit-lane models by doing a seemingly endless number of 360-degree handbrake turns on the starting grid.

Ferrari lodged a complaint about Vettel in July, claiming he had stolen one of their cars after it was found burnt-out in a multi-story carpark next to graffiti reading ‘Alonso is proper gay 100% true’.

He said: “It’s been a bare mental day but now I’m gonna relax with a Zinger meal, some slow NDubz jams and the gusset of some Donna I picked up outside the shopping arcade.”