Obama has admitted seeing the trailer

Palin said Obama had a secret plan to 'get him some sweet, vanilla ass and then knock dose bitches up, one by one'.

She told a rally in North Carolina: "He wants to fill this great nation with his coffee coloured babies and then, while you are nursing his mutant seed, he will use your porch for selling crack to whores. Black whores."

Palin also accused Obama of once being in the same room as a man who had watched the first half of the dangerously bad domestic terror movie Arlington Road.

Governor Palin said: "How much did Mr Obama learn from that experience? Is he already poring over the blueprints of your local library?

"And if he is willing to breathe the same air as someone who condones terrorism, how long before Jeff Bridges is blamed for blowing up that library, even though it was actually Tim Robbins and John Cusack's sister?

"Instead of indulging in long, slow French kisses with one of the Cusacks, we must do all we can to protect Jeff Bridges and make sure Tim Robbins faces the ultimate penalty."

She added: "It's a shame because Tim Robbins was really good in The Shawshank Redemption. And he was innocent in that one – I think." 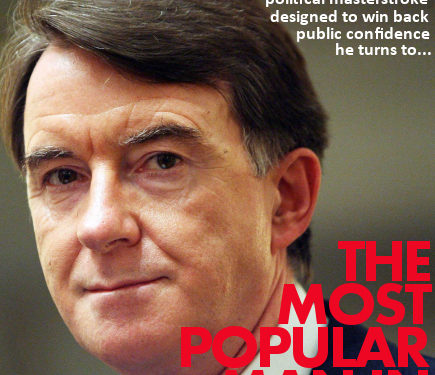