SARAH Palin has pledged a campaign of systematic fish genocide in a bid to stop marine life forms spreading lies about evolution. The front-runner for the Republican presidential nomination has long expressed doubts about Darwinian theory, partly on religious grounds though mainly because she does not really understand what it is.

Promoting her breathtaking new book America by Heart: Reflections on Faith, Family, Flag and Fish, Mrs Palin said: “People say we come from fish, but fish can’t drive trucks, they certainly can’t hold semi-automatic weapons and, to the best of my knowledge, they do not aspire to be famous.

“So the question is – who’s spreadin’ these lies? Fish. They want to be seen as equals so they can have gay fish weddings and unmarried spawning and God only knows what else.

“All things with scales are liars. Fish are just big, fat swimming snakes, and it’s time we put an end to them.”

However the staunch Alaskan’s plans to club all fish to death one by one have drawn a mixed response from her followers.

Tom Logan, a God fearer, said: “Our ancestors didn’t die for the right to bear arms just so’s a woman can kill fish with a stick.”

He added: “I would be honoured to lend her my bazooka.”

In her first book Going Rogue, Mrs Palin seriously describes how she doesn’t believe ‘in the theory that human beings – thinking, loving beings – originated from fish that sprouted legs and crawled out of the sea’ or ‘from monkeys who eventually swung down out of trees’.

Professor Henry Brubaker, of the Institute for Studies, explained: “Actually the theory of evolution is more about us sharing a common ancestor with monkeys than… oh fuck it, it’s not going to make the slightest difference.” 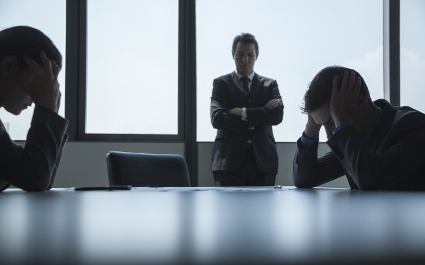 WITH the rental sector booming, letting agents are set to topple estate agents as Britain’s leading bunch of tick-like scumbags.

Record numbers of people who want a fixed address are placing their slender hopes into the claw-like hands of letting agencies, determined to exploit their new status as the dominant sub-species of grimy spiv.

Letting agent Stephen Malley said: “For decades estate agents have been hogging all the revilement and loathing while we were just vaguely grubby non-entities with cheap shoes and big bunches of keys.

“Well, you’re not getting a mortgage this side of the 28th Century and so we find ourselves bathed in the golden glow of our perfect moment.

“Kneel before our awesomely demanding application process, which requires references from two dead family members, the leader of a global religion and a kestrel.

“Soon we shall have the fanny-magnet sport hatchbacks and the offices full of see-through objects with Groove Armada playing on a high quality stereo. Estate agents, for so long our masters, will be nothing.

He added: “Our current properties include a one-bed in Stepney which smells of horses and a very tidy maisonette with no windows and the faint atmosphere of past tragedies.”