A CASH-STRAPPED British soldier serving in Iraq has offered himself up for kidnap after pre-selling his post release interview rights to ITV.

Roy Loomis, a private in the Highland Cyclist Battalion, which is stationed near Basra, has struck a six-figure deal to reveal all on the show Tonight with Trevor McDonald after he is set free.

Private Loomis said he would prefer to be captured by the Iranian Revolutionary Guard if possible, but if they were unavailable he would accept one of the more reputable groups of insurgents.

McDonald is offering Â£200K and a weekend at the Savoy

The soldier said he was happy to be subjected to a bit of light torture, such as being paraded before television cameras in an ill-fitting tracksuit. However, he said he was not prepared to put up with any “rough stuff” or reveal any major military secrets.

“A bit of blindfolding and solitary would be fine,” he said. “In fact ITV have stipulated that as the minimum they want me to endure before they will cough up the full six figures.

“But I am not into any beating or prolonged shouting. I can also only be held in captivity for a maximum of two weeks as I am due to go on leave at the end of the month.”

Private Loomis said prospective kidnappers should contact him direct setting out proposed torture levels and length of ordeal. He is planning to use the money from his media appearances to pay off his extensive gambling debts and buy a jet-ski.

A spokesman for the Ministry of Defence said Private Loomis was perfectly at liberty to offer himself up for kidnap and sell his story to the media. "He is free to do whatever he wants, this is the army after all, not some hierarchical authoritarian organisation which feels it can just order people about willy nilly." 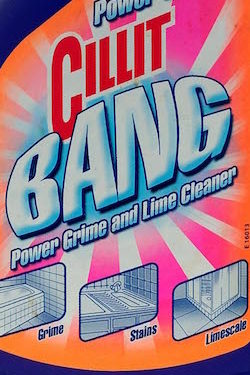 The popular brand was chosen by ministers after an exhaustive year-long search.

Julian Cook, the civil servant who led the project, said: “We spoke to health ministers throughout the UK about how we were going to manage the NHS and they all told us the same thing: We don’t care what it is as long as it works.

“With that in mind we asked business leaders, academics and, most importantly, consumers and a huge number recommended Cillit Bang.

“WD40 and Fairy Liquid also proved popular but in the end people were just really excited about Cillit Bang.”

Government sources say that if Cillit Bang achieves its performance targets it could then be brought in to run the police, the legal aid system and the BBC.

Mr Cook added: “We know that as a household cleaning product it does not have much experience when it comes to running a complex organisation employing more than 1.3 million people, but have you seen what this thing can do to a ceramic hob?”