A VOODOO witch-doctor who regards his own genitals as a mortal sin, last night claimed to be the world's foremost expert on the laws of nature. Joseph Ratzinger said his knowledge and understanding of physics, chemistry and biology now surpassed that of any other human being, and anyone who challenged him would be cast into a nine-level supernatural punishment world full of demons and hot brimstone until the year infinity.

Ratzinger, who uses the stage name 'Pope Benedict XVI', said: "Gravity does not exist. I proved this last year with some spaghetti and a paperweight. Things either go up or down based on a combination of prayer beads and Jesus particles.

"That's why Jesus could walk on water and make dead people come back to life. He was absolutely teeming with Jesus particles, as you probably guessed.

"So it is quite clear that as a consequence of my vigorous research, Isaac Newton's Laws of Motion now have all the credibility of a 2000 year-old fairy story. But then again he was one of those dirty English poofs, wasn't he?"

Ratzinger is to visit Britain later this year to promote his best-selling guide to developmental biology, Satan's Filth-Hole.

The book sets out his theory that sex organs have no place in the natural world and were sneaked under your duvet one night by Beelzebub and his friends in the interior design business.

In the book's introduction he writes: "The natural thing would be to sew them all up and force everyone to urinate out of their bottom."

Ratzinger said he will also use the trip to raise funds for the world-renowned voodoo cancer treatment centre at Lourdes.

He added: "We've been very successful at treating a wide range of cancers, except those that affect willies and fannies, which as any scientist will tell you are completely unnatural and caused by the demon ghost of Cleopatra." 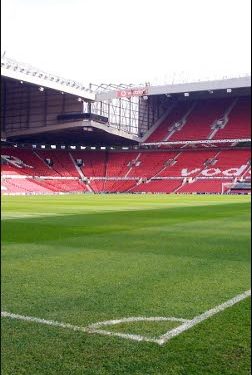 FINANCE giants the You Corporation have reported brisk trading at a new business offering guaranteed cash in exchange for unwanted football teams. The owners of Manchester United have 384,256 payments left

Web-based broker WeBuyAnyFootballClub.Com promises instant cash payouts for any team from the Premier League all the way down to the Scottish Premier League.

A You Corp spokesman said: "Simply visit the website, type in the name of your club, the last time you won anything  – not including the Carling Cup, obviously – and any outstanding finance, and we'll give you an instant valuation.

"You can then take your club to one of our regional collection centres – we're the guy with the golf umbrella round the back of the lock-ups – and we'll either give you a postal order or a small bag of five pence pieces."

But consumer rights watchdog, Nathan Muir, said: "Football club owners should beware of unscrupulous dealers buying their club for pennies, then selling off the parts at inflated prices.

"One chairman was told his squad was about as much use as a pig on stilts, only to find his centre-back had later been sold to Manchester City for £38m."

He added: "If you do need quick cash for your football club then the best thing, as always, is to tip it into a disused quarry and then claim the insurance."

Mr Al-Faraj, from Portsmouth, said: "Player's wages, grounds maintenance, I was struggling to make ends meet. But WeBuyAnyFootball.Com gave me a postal order for £22.50 and a free felt-tip pen.

"I am now going to trade in the pen and use the money to buy Notts County."