THE world’s first glow-in-the-dark cat was not the result of a kick-arse Moroccan bong, scientists have insisted. Gets very hungry whenever it hears The Orb

The fluorescent animal was developed to totally detect human illnesses and was absolutely not about four zoologists doing DNA research while funked off their nips on bog weed.

Professor Wayne Hayes, head of zoology at the Institute for Studies, said: “We think, like, maybe the cat starts glowing more near a sick person or something? Or maybe it changes colour? I don’t really know.

“Basically, what happened was, we were sitting round our official research table when the cat jumped onto Dave’s lap.

“Dave was like, ‘fuck me, this thing is totally glowing’ and I was like ‘no it’s not, you fucking cheesehead’ and then I was like, ‘what would happen if we actually made it glow?’.”

Dr David Hobbs added: “I completely lost my shit at that point and went off to burn some toast. But while I was in the kitchen staring at the bread these equations started dancing before my eyes.

“Forty-eight hours later we had a bright green cat that can detect migraines.”

The glowing cat was developed as part of Project Keith, which has also produced a machine that tracks really amazing clouds and a robot that can be programmed to nip out to the shops for a can of coke.

The Institute now hopes to recoup some of the money by selling the cat to a Japanese television channel.

Professor Hayes admitted: “We were given a massive grant to look into genetics or something and that’s when it started to  spiral out of control.”

Britain may contain up to 60 million slaves 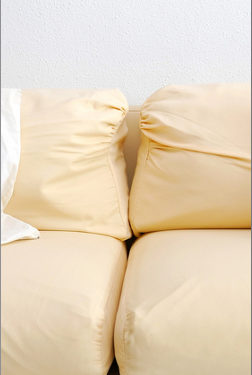 AS many as 60 million slaves could be living in Britain, it was claimed last night. Experts said the quantity of beige is sadistic

Experts said the slaves were being forced to do horrible, demeaning jobs and live in disgusting conditions.

Tom Logan, director of SlaveWatch, said: “We reckon they are being lured from schools and universities and then forced to work for about eight hours a day doing something completely pointless for a wage so small it may as well not exist.

“They are kept in tiny, beige-carpeted rooms, usually near dual carriageways or retail parks. Often these rooms contain little more than a television, a beige sofa and a Wii.”

He added: “We believe that every morning they are all crammed into filthy cattle trucks that take them to their hellish workplaces.

“These workplaces have a hierarchy of slaves. The senior slaves will be given slightly better rations in exchange for being especially pointless.

“And, of course, everything smells of urine.”

But last night one of the alleged slaves, Bill McKay, said the accusations were ‘unfounded’ and insisted he was happy with his lot.

“The work is quite staggeringly pointless but I could leave any time I want as long as I didn’t mind giving up my Ford Focus and my gym membership.

“I even have enough money to buy deep fried chicken once a week.

“And that, if you really think about it, is the definition of freedom.”