Humanity breaks speed of light but is still rubbish with money

THE human race has managed to break the speed of light before learning how not to run out of money, it has been confirmed. How many central bankers does it take to fuck up this lightbulb?

As scientists at CERN made a particle go faster than the electricity you are using to read this, the world banking system ran out of cash for the second time in three years.

Professor Henry Brubaker, of the Institute for Studies, said: “Not only was Einstein wrong, but he was always skint.

“Poncing around Zurich with his fancy equation and asking people to buy him lunch. Pain in the arse.”

He added: “What CERN has done is truly ground-breaking. They have demonstrated beyond all doubt what a colossal bunch of fucknuts we really are.

“This time next year the large hadron collider will have been sold to a Russian oligarch so that UBS has enough money to lend to the Greeks until they can be bothered to learn arithmetic.

“And the Russian oligarch will probably just gold plate it and use it for racing his cheetahs.”

Meanwhile, scientists have stressed that breaking the speed of light does not mean Star Trek, so just calm the fuck down and stop buying stuff you can’t afford. 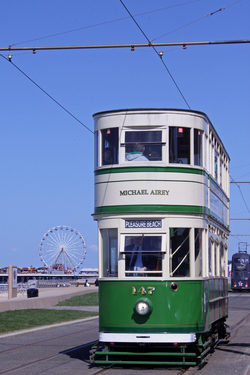 SHALE gas operations can only start in Blackpool once the town meets minimum environmental standards. The trams could make the gas smell weird

The multi-billion-pound refineries will pump vast quantities of dangerous hydrocarbons out of the ground, but only once the local council can stop the place stinking of battered sausage.

“I don’t know if you’ve ever seen what 12 fat birds from Carlisle pumped full of Sambuca can do to a sweaty guy fresh off the rig. It’s no picnic.”

Concerns have also been raised about the food supply for mining operations, with environmentalists warning that if just one portion of chips with scraps falls into the Irish Sea it could suffocate 60,000 puffins in 20 minutes.

If the operations go ahead, mining for shale gas in Blackpool will rank as one of the planet’s most dangerous occupations, alongside tree felling, arctic crab fishing and being Naomi Campbell’s manicurist.

But energy secretary Chris Huhne said: “Given the current state of the economy if we discovered a swamp full of alligators in Blackpool with five pound notes tied round their hands-free zone we’d be sticking oven gloves on unemployed people and hurling them in.”

Shale gas operations have also been known to contaminate local water
supplies, which scientists stressed could bring Blackpool’s water up to
the standard of Calcutta.

McKay added: “Whenever I go to Blackpool I always take great care to drink my own piss.”