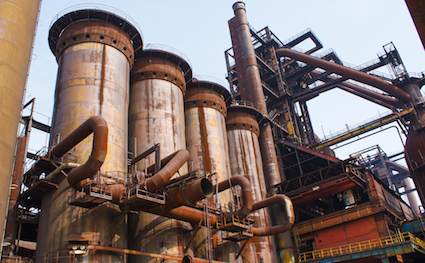 MANY small, local particle colliders have been forced to close since the opening of Hadron, it has emerged.

The Tevatron accelerator in Peterborough is the latest in a string of family-owned electromagnetic propulsion facilities to succumb to the so-called ‘Hadron effect’.

Tevatron owner Stephen Malley said: “Forty years ago my father built this particle collider with his bare hands, working evenings and weekends while still holding down a day job as a piano tuner.

“People didn’t know anything about science back then, but with a little elbow grease he ended up with a pretty good synchrotron capable of accelerating particles up to 980 GeV. He called her ‘Maggie May’ after my grandmother.

“I took over about 10 years ago and even though I’ve added some new valves and a stereo, we just can’t generate the ‘collision energy’ that everyone’s been talking about since Hadron came along. One by one our regular customers have all drifted away to Cern.

“We just wanted to give people the sort of friendly, honest particle
collision that you don’t get with a big corporate accelerator.

“So today I fired up Maggie May for the last time, but I felt so sad I couldn’t even get through the preliminary sequence of ionising hydrogen gas without weeping.

Other recently-defunct accelerators include Le Petit Choux Accelerateur near Avignon and the Dudley-based Megatron.

Megatron owner Nikki Hollis said: “When funding dipped post-Hadron we tried to boost visitor numbers with a tea room and ‘Happy Atom Play Park’, but there was an incident with a four-year-old getting into the main booster and a subsequent small earthquake that got totally blown out of proportion by the local press.

“I actually wrote to Brian Cox but he wouldn’t even give us a signed picture.

Knox to be trained in how not to look shifty 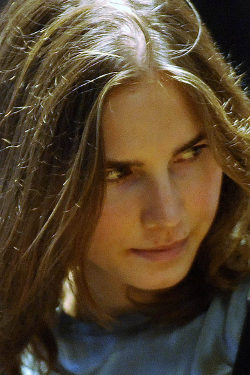 AMANDA Knox will today begin an intensive training course in how not to look shifty, ever. As the American student won her appeal and flew home to Seattle, the media organisations she has not done a deal with pledged to catch her with either a knowing smile or a sinister sideways glance.

Up to 3,000 photographers will use telephoto lenses to record Knox’s every expression in the hope of capturing the crucial moment where she admits her guilt using at least one part of her face.

And the UK’s Daily Mail has appointed its emotionally fragile columnist Liz Jones to analyse the best new Amanda Knox photos on a daily basis and give them marks out of 10 for shiftiness.

Media analyst Julian Cook said: “Hopefully we are just a few years away from shifty photographs replacing all this half-arsed dicking about with DNA.”

But the Knox family said they will use the money from the book, film, TV interviews, iPhone app and saucy action figure to train the 24 year-old in how to look perpetually innocent.

A family spokesman said: “It’s going to be difficult. At times even Mother Theresa could look as if she’d just stolen a pie. We’ll get there, though there may be days when she has to walk around wearing a motorbike helmet.”

But Knox could still be dragged back to Italy after prosecutors pledged to launch an appeal against the acquittal based on one of the photographs where she looks like an evil, sexy witch.

A source said: “It’s a lot stronger than our first case, so we are reasonably confident.”

Meanwhile, the media organisations Knox has done a deal with have confirmed they are very close to convincing her to straddle a chair.