A-Level students to be ranked by similarity to Brian Glover

A-LEVEL students should be judged on both their grades and their likeness to stout Yorkshire actor Brian Glover, it has been claimed. Peterborough teenager Martin Bishop has a Glover Rating of 97

Under a new proposal designed to encourage fairness towards the working classes, a leading exam board has suggested that pupils receive a ‘Glover Rating’ determined by factors including baldness, loudness and whether they see pasta as an exotic food to be treated with suspicion.

A spokesman for the General Examination Board said: “Universities are still biased towards students who get good exam results, or ‘poofs’ as we call them.

“Meanwhile those who resemble the stocky Kes actor and former wrestler languish in scary pubs, being intimidating to American tourists.

“The ‘Glover Rating’ or GR would allow poor, fascinatingly ugly students access to exclusive educational establishments, where they could read poetry while their ferrets creep from their trouser pockets and shit all over the refectory.

“It’s all about making the world fairer in an unfair way.”

However, there are fears that students from middle-class backgrounds could exploit the system by shaving their heads and attending private Yorkshire-ness lessons.

Nikki Hollis, 18 from Guildford, said: “My parents are wealthy professionals who pay for my weekly one-to-one sessions with a shouty man who makes me say the word ‘owt’ repeatedly  while balancing a sack of coal on my head.

“Apparently in Yorkshire there are whole buildings that are just chimneys. The mind boggles.” 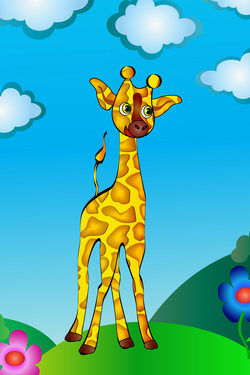 MICHAEL Jackson’s doctor has gone on trial accused of making him weirder than a bald cat. The jury in Los Angeles was told that Conrad Murray’s daily injections turned the King of Pop from an everyday chimpanzee owner into a man who was convinced his chimpanzees were having an affair with Uri Geller.

Prosecutor David Walgren said: “The truth is Mr Jackson was a perfectly normal American who didn’t know what colour he was and liked to invite children to his fairytale amusement park and then get them pleasantly drunk.

“It’s the same workaday story being played out in millions of homes across our nation.

“But all that changed when Mr Jackson hired Dr Murray to perform the routine task of injecting him with a daily cocktail of drugs to stop his nose from falling off.”

The trial is expected to hear from a series of witnesses who will all claim that Dr Murray made them very unusual.

Todd Logan, an LA-based chihuahua astrologer, has claimed he used to provide mainstream, personalised horoscopes to a wide range of tiny dogs until Dr Murray started prescribing him with large doses of over-the-counter weirdness.

And Becky Harper, an unemployed singer, will tell the court that after just two consultations with Dr Murray she started wearing a third pair of celebrity underpants on her face.

But Murray has denied the charge insisting Jackson was incredibly strange by the time he arrived.

Defence attorney, Ed Chernoff, said: “During their first meeting Mr Jackson asked if he could buy Dr Murray’s thumbs and then showed him more than 600 photographs of his buttocks.

“My client’s first thought was, ‘we’re going to need a bigger syringe’.”