A CUTTTING-edge bionic eye could turn the visually impaired into human speed cameras, scientists have claimed. A pilot scheme on the A39 north of Barnstaple

Recipients of the sight-restoring technology will be able to use the revenue they generate in speeding fines to repay the cost of the new eye to the NHS.

Recipient Emma Bradford said: “It’s weird knowing that 12 people lost their licenses yesterday just because I looked out of the window. I’m not sure how I feel about being a revenue stream.

“As part of my seeing-again contract I have to do 16 hours a week crouched in a lay-by, pretending to urinate while my eyes process up to 93 tax discs a minute. Sometimes I think having a guide dog wasn’t so bad.”

Leading optometrist, Julian Cook, said: “Technically, they work as well as real eyes and at night you can simply turn them off or switch them to some soothing footage of porpoises.

“They will also allow you to see through summer dresses, but you will have to pay Â£35,000 for a special access code.

“I do have reservations about placing recipients in strategically-placed bushes and lay-bys. I mean sure, you’ve got your sight back, but is it worth the risk of the area manager of a double-glazing firm putting a tyre over your head and setting fire to it?”

Driving enthusiast and area manager of a double-glazing firm Martin Bishop  said: “I’ve never trusted the blind, with their weirdly heightened senses and unnatural symbiotic dog relationships. Clearly it was only ever a matter of time before they revealed their true colours.”

“Obviously I’m fine with blind kids, I’m not some kind of monster. It’s just the full-grown ones I have a problem with. I hope Jeremy Clarkson gives them a merciless ribbing. That’ll show them, won’t it?”

But Roy Hobbs, a seven year-old labrador from Peterborough, said if the bionic eye forced him out of work he would be massively over-qualified for all other dog-based jobs.

He added: “So this is progress is it? Fuck the lot of you.”

Band Aid Lyrics ‘Were Used To Destroy The English Language’ 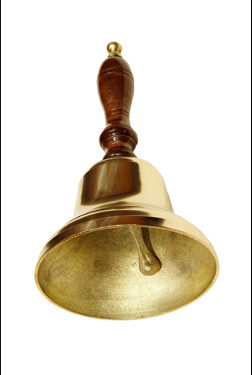 THE lyrics to the Band Aid charity song Do They Know It’s Christmas ultimately ended up in the hands of total arseholes, it has emerged. A clanging chime of doom

According to a BBC investigation phrases such as ‘Where the only water flowing is the bitter sting of tears’ and ‘the Christmas bells that ring there are the clanging chimes of doom’ may have irreparably damaged the construction of English sentences.

The investigation found that since 1984, instead of making people actually think about the words they say, the song has strengthened those who want to turn the English language into an endless series of pathetic, mawkish clichÃ©s.

Linguist Tom Logan said: “Because Do They Know It’s Christmas is a charity record there has been an automatic assumption that the lyrics are not ghastly, nauseating, low-grade effluent.

“While their impact on other songs is terrifyingly apparent they have also managed to find their way into the brains of people who insist on expressing their thoughts.

“So instead of saving the English language, the last 26 years has seen a desperate and ultimately failed rearguard action to try and stop arseholes from violently sodomising our native tongue in a bid to sound caring and sensitive.”

Logan added: “Perhaps it would have been better if some of the money raised had been spent on weapons that could have been used to machine gun every last copy of the single and the video, as well as the master tapes, which are probably now strapped permanently to Midge Ure’s dirty Scottish thighs.

“And of course they could also have been pointed in a no-nonsense way at the forehead of anyone who thinks the phrase ‘there won’t be snow in Africa this Christmas time’ is not a horrifyingly trite piece of monkey turd.”