Class 4b Intrigued By Tory ‘Super-Teachers’ 'Sir? Does your boyfriend have a cock-ring?'

The Tory leader said his party would be 'unashamedly elitist' in reforming the teaching profession, adding: "Our super-teachers will be closely vetted to ensure they have no chinks whatsoever in their emotional armour.

"They will have stable, uncomplicated homes lives, contemporary but not overtly trendy clothes, no trace whatsoever of body odour or halitosis and, most importantly, their surnames will not rhyme with any term for homosexual however obscure it may be."

Spokeschild Nathan Muir, said: "In our class there is only one subject – state of the art psychological warfare. This term we've had enormous fun reducing 48 staff teachers and 34 supply goons to a pitiful collection of pant-pissing, disability benefit claimants."

Nathan explained some of 4B's most effective techniques: "In the unlikely event that a teacher has no exploitable weaknesses in the way they look, talk, walk, smell, breathe, sit, stand, comb their hair or hold a pen, we will all just hum at a low frequency until he freaks out and throws a textbook at Wayne Hayes, who will ironically be the only one not doing it, giving him a small head wound or, in school parlance, 'splitting his head open'.

"Alternately we would spring a simple but effective 'gay trap' by asking the super-teacher if he is a bummer tied to a tree.

"After refusing to answer the question the first 3,000 times, the super-teacher will eventually scream, 'NO I AM NOT!', at which point we start shouting 'BUMMER ON THE LOOSE! BUMMER ON THE LOOSE!' until he totally loses it and punches Wayne Hayes – who will, ironically, be the only one not shouting – very hard in the face before running off to attempt suicide in the resources room."

Sir Martin Plank headmaster Stephen Malley said: "I'd like to see how long David Cameron would last if every time he asked Gordon Brown a question, the prime minister came back with 'a gaylord says what?'."

He added: "I do not believe it is possible to educate Class 4B, and if it were down to me I'd stop sending them sacrificial lambs and just lock them in a basement dungeon, opening the trapdoor once a day to shovel in some Wotsits and a live cat." 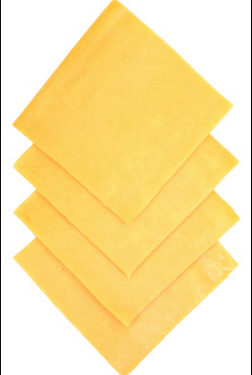 FEARS were growing today that chocolate buttons are inevitably going to end up tasting like shit. The Kraft cheese single: America in a bap

People across the UK have begun hoarding their favourite sweets after Mr and Mrs Cadbury, the owners of Cadbury’s Lovely Olde Chocolatey Shoppe, were bought out by Kraft, the US-based fabricated cheese and industrial bleaching conglomerate.

Emma Bradford, a buttoneer from Stevenage, said: “If these ghastly Americans start adding dog faeces to the chocolate button recipe then I’m probably going to stop buying them.”

Martin Bishop, confectionery analyst at Donnelly-McPartlin, said: “The key thing to remember about American food is that it’s not food. Much of it is made from oil-based plastics, volcanic sand and the run-off from copper mines.

“It will be interesting to see what happens when these elements are combined with a glass and a half of full cream milk.”

Nutritionist Joanna Kramer said: “Kraft have a proud record of creating entirely new substances from a range of natural ingredients such as Welshman’s foot sweat, monkey bum-grease and pheno-glyceryl tribenzoate.”

She added: “Take, for instance, the Kraft cheese single. Over the years it has been used to tile abattoirs and add a playful dash of colour to greyish-brown discs of highly-processed cow gristle.

“And if you place one on a slice of bread and put it under the grill, it develops this delightful skin, accompanied by lots of little beige blisters.

“I imagine it’s what toasted cheese would look like if it had bubonic plague.”