Qantas In Emergency Talks With Gremlins 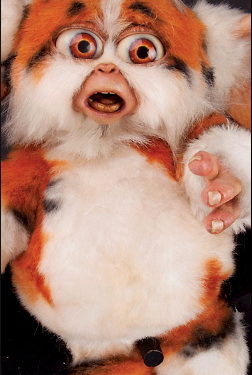 BELEAGURED airline Qantas is hoping to end its ongoing Gremlin problems after announcing formal talks with the diminutive, mischief-oriented creatures. The company has experienced a string of Gremlin-related mishaps, including the grounding of an A380 airliner after one of the beings masturbated into its fuel tank.

The airline now believes the problem originated when one of the cleaners at its Sydney HQ fed a Mogwai some cold chicken after midnight and then failed to report it to his shift supervisor.

The company’s lawyers will open talks with Stripe, the chief Gremlin, early next week. It is the first time a major aviation firm has officially acknowledged his species.

A spokesman said: “While it’s clearly not cool to get on the wing of a mid-flight plane and start ripping bits off of it with malevolent glee, this isn’t going to be about finger-pointing. It’s a chance for both sides to air their views.

“We respect that Gremlins are driven by a love of anarchic fun and violent death. That’s why we’re prepared to offer them free passes to West Midlands Safari and Leisure Park if they just give it a rest.

“This offer will include as much Diet Pepsi as they want as long as they promise not to soak each other with it.”

But aviation expert Martin Bishop was unconvinced: “You simply cannot negotiate with creatures whose only agenda is to scamper about performing lethal pranks and cackling maniacally.

“You’re better off luring them all into a swimming pool and then electrocuting them.”

He added: “While we’re on the subject, I’ve always been puzzled by that business of not feeding them after midnight.