HUGH Fearnley-Whittingstall has claimed that eating a Frenchman and his family is morally the same as eating an animal. If you attach a fake snout to it, you can pretty much eat anything

The River Cottage guru said it was a ‘social construct’ that pigs, chickens and cows are seen as meat, while French people are seen as people.

He said: ”In principle, but not in practice, I have no objection to a high-welfare, organic French person farm.

”You can’t object, unless you also object to the farming of pigs. Both animals could be used the other way round, although pigs probably do make better meat than French people and French people better rugby players than pigs, but it’s not a foregone conclusion.”

Professor Henry Brubaker, of the Institute for Studies, said: “In principle he is absolutely right. And personally I wouldn’t stop at the French.

“Someone like me is, in any meaningful sense, a completely different species from someone like you, so why shouldn’t I be allowed to eat you?

“I obviously function at a much higher and more sophisticated level than, say, someone who watches The Only Way is Essex or Made in Chelsea. Or Newsnight.

“To me they are no different from farmyard animals that live in their own dung and I should be allowed to breed them for meat if I feel like it.”

Professor Brubaker added: “And, just so as we are clear, if it ever got to the situation where I was so hungry I had to choose between my labrador and you, you better run for your fucking life.” 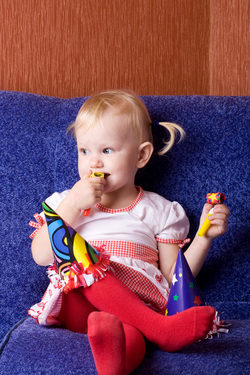 THE European Union has been accused of nanny state meddling after giving the Heimlich manoeuvre to a three year-old. The usual people who have just about had it up to here with Brussels bureaucrats said it was not the EU’s job to stop children from choking needlessly on tiny bits of plastic.

Conservative MEP Sir Denys Finch-Hatton said: “They want to stop everyone in Europe from blowing balloons and party whistles as part of an obvious and cynical ploy to strangle the life out of the British balloon industry. I dread to think where it will all lead.”

An EU spokesman said: “Hopefully to children not choking to death.”

Experts said the EU ban on balloons and party whistles was very similar to other EU bans in that it wasn’t a ban at all.

Professor Henry Brubaker of the Institute for Studies said: “What’s actually happening here is that things containing tiny bits of plastic will not be sold to exactly the sort of people who are liable to choke on them, while the items in question will now carry some fairly straightforward advice about how not to die.

“So once again it is a case of power-mad bureaucrats forcing undemocratic health warnings down our sick and tired throats. If they’re not careful somebody might choke.”

Professor Brubaker said there was a debate to be had about whether EU rules were infantilising society and undermining the concept of personal and parental responsibility, or whether most people were just too fucking stupid because they spend half their wretched, self-inflicted lives watching Sky TV.

But Julian Cook, professor of whatever he feels like at Roehampton University, said: “Young children must be free to explore the nature of tiny bits of plastic, otherwise they will miss out on the magical excitement of a blocked windpipe.”