NADINE Dorries has won her battle to fill the country with absolutely miserable people who did not want children. Influencing enormously important decisions near you

After realising the nation’s wombs were being used wrongly, Dorries wants abortions to be available only to women who can complete a series of physical and mental challenges, equivalent to competing simultaneously in Mastermind and Total Wipeout.

Dorries said: “If the country is going to be too full, as we’ve always steadfastly maintained it is, surely it’s better that it’s full of sobbing British parents sat at home staring at their unwanted kids with a look of infinite desperation and regret?”

Under new guidelines, pre-abortion counselling will be carried out by pinch-faced Christian harridans who have been trained by watching videos of Mrs Doyle in Father Ted, but will replace the phrase ‘cup of tea’ with ‘a baby’.

When pressed as to how guilt-inducing psychological pressure and unscientific scaremongering would stop 60,000 abortions taking place, Dorries insisted: “That sort of question is typical of a culture that thinks it’s acceptable to mix facts with morality.”

She added: “It is now time for me to fulfill my destiny as gatekeeper at the uterus of every woman in Britain, shooing away gynaecologists like a vagina-based Cerberus in lipstick and fuck-me shoes.

Professor Henry Brubaker, of the Institute for Studies, added: “The government of the world’s fifth biggest economy and permanent member of the United Nations security council is listening to Nadine Dorries now. 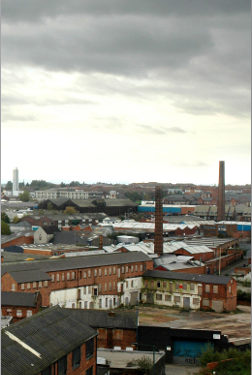 ARSENAL fans being given their money back for a dreadful away performance could set a legal precedent that will instantly kill 98 percent of English football. How much for a visit to Walsall?

Supporters across the country have written to their clubs asking when the cheque will be arriving for the inconvenience of the last 25 years.

Leyton Orient fan Roy Hobbs said: “Earlier this month I had to go to a place called Walsall, which I presume doubled as the outdoor set for Mordor.

“I then had to watch us lose 1-0 to what appeared to be eleven pigs rolled on a barber shop floor and kicked through a branch of JD Sports. Where’s my money?

“Fifty quid should cover the cost of my ticket, train fare and miniature model of Ayers Rock masquerading as a steak and kidney pie. Then there’s the thirty grand I’ll need for the mental horror of being in the midlands.”

There are also fears that the compensation offer may also need to be extended to Sky Sports viewers who were subjected to a Gary Neville so smug that many thought he was being fellated under the table by Roy Keane.

Footballologist Wayne Hayes said: “What seems like a noble gesture by the Arsenal board will soon become a regular transaction if they adhere to their policy of selling any player who still has all his own feet.

“However, as a Leeds United fan, while I may be in line for a windfall it won’t make up for 30 years of nightmares that look like a Hieronymous Bosch painting full of whippets.”