OFFICERS policing yesterday’s student demonstrations have returned to work with serious injuries rather than admit they were hurt by some ponce called Ollie. Many have claimed they were run over by a horse or fell off a drunk woman in a holding cell in a bid stop their colleagues finding out they were banjoed by some humanities-studying dipshit from Buckinghamshire.

Assistant commissioner, Roy Hobbs, said: “If the criminal element know we can be knocked on our arses by somebody sporting an absurd sense of entitlement and a man-bag we may as well set fire to the whole city right now.”

Hundreds of protesters were ‘kettled’ during yesterday’s demonstration, drawing comparisons with 1970’s Kent State Massacre from a first-year history student with a full bladder and a head full of monkey turd.

But violence erupted as soon as police moved the crowd into a 3G black spot, leaving many unable to update their Twitter feeds with comments that will come back to haunt them when they are earning six figures at HSBC.

One police officer said: “I never thought I’d be kicked in the face by a pair of Doc Martens with daisies painted on them.

“When I got home, I told the wife I was in the evidence lockup pinching the kids some Christmas presents when a load of seized pornorgraphy fell on my head.

“If she knew the truth I’d be little more than a PCSO in her eyes and that’s no kind of life.”

Ollie Bishop, a furious and passionate 19 year-old from High Wycombe, added: “Gotta get down to it, soldiers are gunning us down. Should have been done long ago. What if you knew her and found her dead on the ground? How can you run when you know?

“Actually – forget that – she’s fine. I think she just dropped her iPad.” 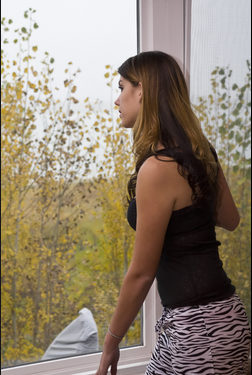 BRITAIN ground to a standstill today after the heaviest November global warming bullshit in more than a decade. This woman is now a leading climatologist

Across the country thousands of people found themselves trapped in pubs by a relentless blizzard of tedious, predictable observations by the sort of people who post comments on the Daily Mail website.

The Met Office said there was around 24 inches of dreary, ill-informed piss in most parts of the UK, while strong winds could cause bullshit drifts up to 40ft deep.

Tom Logan, who is trapped in a pub in Stevenage, said: “I popped into the White Hart for a few triple vodkas before I went back to work and there was Geoff just sitting there. With his newspaper.

“I could see it coming towards me like a huge, dark cloud full of utter fucking shit about things that he does not even begin to understand.

“It started with a flurry of statistics that simply aren’t true and then the really heavy stuff came down – ‘so why is it so cold?’ and ‘it’s all a Marxist conspiracy’ which was, of course, followed immediately by ‘that Al Gore is a billionaire, you know’.

“It stopped, very briefly, while he ordered another Guinness and then he just dumped this massive, disgusting comment about Africans right into the middle of my head. Thank God I wasn’t driving.”

Dr Julian Cook, a senior research fellow at the Institute for Studies, said: “One of the nastier effects of the global warming debate is that a lot of people – Daily Mail readers, fuckers, that kind of thing – seem to think climate science is based on looking out the window.

“So, over the next couple of days, if someone says to you ‘I suppose this is so-called climate change?’ just say ‘yes, it fucking is actually’.”

Meanwhile, Logan said he still hoped to dig himself out before sunset, adding: “At this time of year I always carry my bollocks shovel and a pair of tennis rackets, but it will take me a while to get out of here because as you can see he is still going on and on and on and on.

“If he even starts to say ‘we could probably do with a bit of global warming’ I am going to try and kill myself with this flare gun.”