NEW police guidelines include how to behave sensitively when being sacrificed to a Pagan deity.

The 300-page guidebook has been updated to recognise the religious sensitivities of those who worship nature by using fire.

A Police Federation spokesman said: “During stressful situations there is a tendency to use hurtful or insensitive language, especially if you’re trapped in a massive, highly flammable corn dolly while an entire village gambols around it with lit branches singing folk songs about ‘ye offerings’.

“Naturally this situation is a long way from best practise in terms of health and safety, but the officer should refrain from using ideologically inappropriate language while begging for egress.

“For example, the phrase ‘Jesus Christ, help me!’, clearly presupposes that a Christian god would be willing to intervene and somehow overpower the Pagan god.

“Likewise ‘you’re all insane!’ infers that religion is some sort of mental illness and opens up a Dawkins-esque Pandora’s Box.”

According to the guidelines, the correct procedure is to request flame-retardant garments from the appointed fire warden, who is usually the one carrying a pig’s bladder and called ‘Simple Tom’. 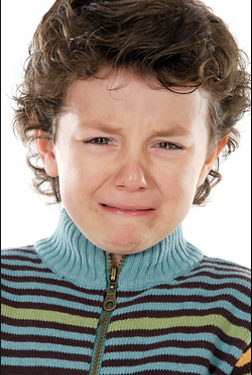 A BAN on air freight from Somalia could leave Britain facing a chronic shortage of crazy pirates, experts have warned. No crazy pirate from Santa

Home secretary Theresa May said cargo flights from the former African country would be suspended until further notice after a suspected Arab stuck some gaffer tape to a printer cartridge.

But Professor Tom Logan, head of Somalian export studies at Reading University, said: “If air cargo from Mogadishu is banned Britain could run out of totally mental Somali pirates within two weeks.

“Alternatively orders could be fulfilled via surface mail, but then people will be lucky to get their pirates before Christmas.

“I would not want to be the parent who has to tell their child that Santa must have forgot to leave a psychotic pirate under the tree.”

Crazy pirates replaced dried goat blood as Somalia’s chief export shortly after it stopped being a country in 1997.

Professor Logan added: “Somalia does need to diversify its economy, perhaps by investing in the production of unhinged buccaneers or clinically insane brigands.

“That said, it is still the place to go if you’re after a big lump of concrete that’s full of holes or maybe a fucked-up schoolboy with a massive machine gun who will stand cackling over your bullet-ridden body.

“I do hope Mrs May has thought this through.”