LABOUR'S bid to engineer a battle between rich and poor will almost certainly result in a resounding victory for the rich, it was claimed last night. Melted cheese: One of the nicest things about having small amounts of money

As chancellor Alistair Darling laid the groundwork for the latest version of the rich versus poor conflict, experts urged poor people to bet whatever money they have on being beaten soundly by multi-millionaires.

Martin Bishop, director of the spreads at Madeley-Finnegan, said: "The odds will be slim, but by betting on the rich's ability to out-manoeuvre you at every turn you could at least make yourself slightly less poor.

"You and your state-educated children could then take advantage of a two-for one pizza offer, or you could put some of that fancy, super-unleaded petrol in your four year-old Vauxhall Vectra."

Sir Denys Finch-Hatton, executive chairman of Donnelly-McPartlin, said: "Our strategy for beating the poor is to keep making lots of money and then spending it on lovely things, such as a highly trained accountant and a large house in a small tax haven.

"I don't know the poor very well, but I suspect their central tactic will be to complain about all that while at the same time continuing to be less well off than me."

But Norman Steele, a council worker from Peterborough, said: "It is now obvious to me that Labour has my best interests at heart. I cannot wait to vote for them at the general election and look forward to another five years of being cared for so affectionately."

Sir Denys added: "You know, one of the things I find most charming about people with small amounts of money is that they still think general elections are important." 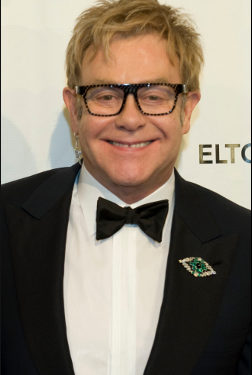 FRIENDS of troubled singer George Michael will stage a charity concert to highlight the problems of being incredibly rich, stoned and sexually satisfied. Tickets will start from £200 and organisers hope to raise enough money to buy Michael a solid gold statue of a policeman wearing chaps and sniffing poppers in a bid to cheer him up.

Sir Elton's partner David Furnish added: "At times like this, you ask yourself whether you've contributed to his awful life of trouble-free indolence. Was our champagne fountain made of the wrong type of marble? Did one of the serving dwarves give him a funny look?"

GeorgeAid will be held in Hyde Park on the site of the singer's last arrest for being intoxicated while in charge of a 'Rusty Carousel'. U2, Coldplay and Robbie Williams are all set to appear, but despite this the concert is expected to sell out.

Psychiatrist Julian Cook said: "Most of my patients become depressed because of mundane issues like bereavement or poverty. Very few of them have to face the impossible burden of deciding which orifice the Filipino houseboy should blow ganja fumes into."

Michael's former creative partner, Andrew Ridgeley, said: "If George wants to take time out from smoking skunk hand-picked by Thai maidens through a bong made from a Henry Moore statue, he just has to call. Just like at any point during the past 23 years.

"Now, would you like another pizza of the same size for just £5?"