The vindictive bastard's guide to why a recession would be great

MANY voters in the UK are mainly motivated by seeing other people get shafted. Here total shit Norman Steele explains whose lives should be made miserable by the predicted recession.

I don’t mind admitting I’m in a state of sexual arousal at the thought of young people not being able to afford their precious iPhones and avocados. Obviously it’s a poor substitute for them being mown down by machine guns on the beaches of Normandy, but with Russia becoming increasing hostile there might be a nuclear war to toughen them up. We can but hope.

I don’t care what they’re protesting about. Probably keeping the Earth habitable or some left-wing bollocks like that. They’re all vegetarian so let’s hope tofu becomes unaffordable. That’ll ruin their lives for sure.

I despise otters. Splashing around all day without a care in the world. Building a house without planning permission or paying a mortgage. Nice work if you can get it. Hopefully the recession will make environmental protection unaffordable, and the otters will all be poisoned. Yes, it’ll be a happy day when I see their bloated corpses floating down my local river.

My neighbour who’s done better than me

A bloke round the corner has done alright for himself setting up a small chain of newsagents. Big house, nice car. So I’m hoping the recession puts paid to his fancy skiing holidays. I’ll still be having miserable holidays in a mildewed B&B in North Wales, but anything that inconveniences him is wonderful news for me.

My nephew is a civil servant. He claims he earns 24k and works hard processing HGV licences in an understaffed office in Leeds. But we all know civil servants are on 300k and doss around at home drinking posh tea. So he’s not just a waste of space, he’s a liar too. Luckily we can’t afford these parasites anymore – well done Boris and Jacob – and they can all get proper jobs as plumbers. Yes, all 475,000 of them. I can’t see a problem with that.

Peppa and her family are too cheerful for my liking. I’m hoping when the recession bites they end up homeless and Peppa and her brother are taken into care. Also it’s blatant vegetarian propaganda. I think Peppa should hop on a bacon slicer each episode to teach kids it’s right to eat meat.

About 78 other groups I hate

Buskers, diversity officers, doctors – the list goes on. And on. Let’s hope all these bastards end up skint, unemployed or depressed. It might sound as if I live in a world of endless petty vindictiveness, but I’m actually very easygoing for a Daily Mail reader.

Browsing incognito, and other things men know more about than women 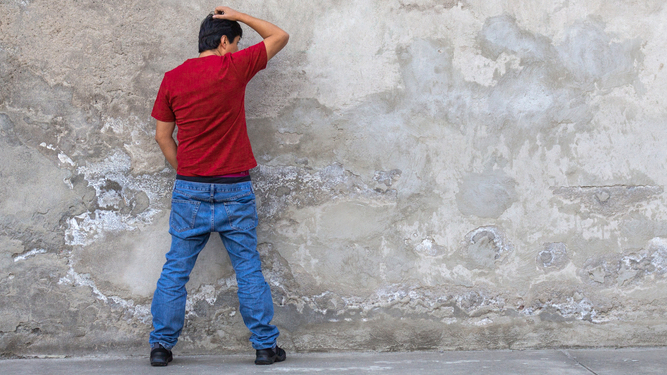 THE male species might be a bunch of mansplaining know-it-alls, but there are some things they genuinely know more about than women. Here are just a few…

Women don’t have the advantage of a miniature, multi-directional hose, but their outdoor pissing isn’t in the same league as men’s ability to go anywhere. By the side of a motorway, in a shop doorway or a graveyard, on a cashpoint, right next to the Cenotaph – there’s nowhere these megalads are too embarrassed to urinate. Your move, ladies!

Men are world leaders in not quite finishing any task. Many have an ‘incompletion rate’ women can only dream of. From failed DIY projects and abandoned clear-outs of the garage to falling asleep during films, they get a lot of not getting things done done. However one thing they can always be guaranteed to finish is their pint, which just proves men are deep and enigmatic and full of fascinating contradictions.

The average bloke is truly incredible at parking, in theory anyway. Tight space you need to parallel park in? Tricky reverse into a bay? Just ask literally any passing man. It’s in their DNA to stop on the spot and confidently give you endless advice. When it comes to actual parking, they’re no better at it than women. But humour them, in their mind they’re Lewis Hamilton, if Formula 1 had a strange parking section.

Women can gossip or make smalltalk but male pub chat is a very different beast. It’s basically hours of guff you’ll find impossible to remember five minutes later – a brief abandoned plan to put something on the jukebox, a shallow attempt to identify ‘what’s important in life’, a chat about the barmaid’s love life no one actually cares about. It’s freeform, like jazz. And boring as fuck, also like jazz.