THE London tube strike has ended abruptly after commuters stormed trains and instantly mastered the controls.

The latest walk-out was prompted by concerns over the withdrawal of Quavers from London Underground canteen vending machines.

But the action backfired when a group of frustrated travellers stole keys and entered train cabs to discover that tube driving mainly involves pressing a button.

Civilian hijacker, Martin Bishop, said: “When we got in the cab we discovered there was just one button. A big, red button like a clown’s nose.

“You press it once to stop, once to go. And the train itself is on rails, so you don’t have to worry about steering.

“I thought to myself, ‘I can probably handle this’.”

He added: “Basically, working a train is not that hard and if I was getting fifty grand a year to do it I’d probably keep my head down, perhaps even do cockney-style sing-a-longs over the PA to keep everyone sweet.

“In Paris they don’t even have human drivers, it’s all automatic and inside the cabs there’s just a baguette with a cap stuck on it.”

Meanwhile, other angry civilians broke into ticket offices and immediately began operating them in a friendly and polite manner. 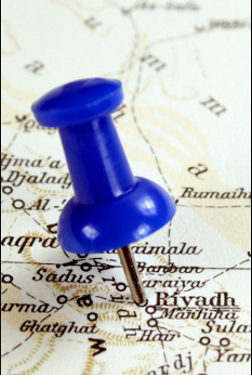 BRITAIN’S geography teachers last night gave a thrilling demonstration
of their academic prowess by getting out a big map and pointing to each of the places Prince
Andrew has played golf.

Saudi Arabia's chief exports are oil, terrorists and kickbacks, which the Prince thinks is just fine

The 10 best teachers gathered at the Royal Geographic Institute in London and took it in turns to sticks pins in a map of the world as the actor Samuel West read out the name of each golf club and spa resort.

In an effortless display, Britain’s finest easily identified each of the venues where the prince has arrived by taxpayer funded private jet, played 36 holes and felt up a waitress before telling a local dignitary that his geography teachers are shit at their jobs.

Tom Logan, head of geography at Grantham Academy, said: “We began with the easy ones – St Andrews, Wentworth, Sandwich – because even though we are the best geography teachers in the world, it’s not nice to show off all the time.

“Then I did Gleneagles. Now, everyone has heard of Gleneagles, but not that many people actually know where it is. Most would just stick a pin in the middle of the Highlands or think it’s another name for Balmoral, but in fact it’s just outside a little village called Auchterarder which is only about 40 miles north west of Edinburgh.

“Meanwhile Carnoustie probably sounds like it should be on a little windswept island where everyone speaks gaelic, but it’s actually just outside Dundee.”

Helen Archer, head of geography at St Ian’s Comprehensive in Hatfield, said: “Some of the foreign ones were quite tricky. Obviously we did Pebble Beach and Augusta, but then we were sticking pins in the Eagleton Golf Resort in Bangalore, La Tahona Golf Club in Canelones, Uruguay, the Bandung Giri Gahana Golf Resort in Indonesia, the Awali Golf Club in Bahrain and the Chung Shan Hot Spring Golf Club in Zhongshan City. Which is in China.

Logan added: “And then of of course there’s the lovely Nurtau Golf Club in Kazakhstan, now a regular venue on the European Challenge Tour, where Prince Andrew may well have spent some time with Timur Kulibayev, the business associate who bought that crappy Berkshire mansion he shared with Fergie for Â£3 million more than it was worth.