ONE change of undergarments is more than sufficient to maintain comfort and hygiene for seven days, men have confirmed. Untroubled by notions of 'stickiness'

The issue was highlighted after 36-year-old teacher Tom Logan’s wife complained that the two pairs of boxer shorts he had packed for their one-week holiday in Jersey were woefully inadequate given the duration of the trip.

He said: “I had a pair on, and a pair in the suitcase. Any more would have been excessive.

“After a couple of days’ use, underwear can be reversed and worn inside out. After two more days, it can be reversed back again because the outside bit will have become clean by rubbing off the dirt onto one’s trousers.

“Any undergarment that becomes genuinely wretched can be cleaned in the bathroom sink, using lukewarm water and hotel soap, then left on a radiator to dry.

He continued: “I refuse to pack any more, it’s utterly unnecessary and because of my decadent wife this suitcase already weighs more than an aristocrat’s labrador.”

A subsequent Institute for Studies poll of men found that they all agreed with Tom Logan.

Professor Henry Brubaker said: “There is a stereotyped view, perpetuated by sexist television adverts for domestic cleaning products, of men as slovenly, lumbering beings devoid of common sense, and than it is only their female partner’s influence that stops them reverting to a Neanderthal state.

“And that is pretty much accurate.

“However, on the plus side Neanderthals could convincingly mimic bird calls, made their own Ugg boots and did not waste all their money on detergents that make fish grow extra heads.” 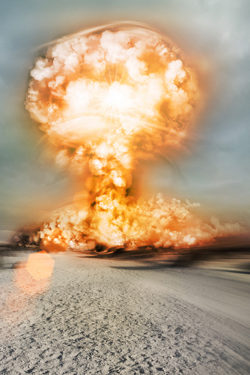 JEREMY Clarkson, the veteran broadcaster and denim enthusiast, has exploded at news of the proposed 80mph motorway speed limit. Villagers were treated for ego poisoning

BBC officials say Clarkson was in Rwanda, halfway through filming a section for Top Gear – testing the new Porsche to see how many mass graves it would jump over – when he received the lethal news from one of his many friends at News International.

Director Tom Logan said: “We were just setting up a shot of him sneering at a village when he paused to read a text message on his phone. The next minute the car’s whole interior was spattered with a bright red and oily black substance.”

“We’ve managed to identify the bigger lumps and can only assume that black, oily stuff is a physical manifestation of his soul. But if this puddle of entrails and curly hair in the glove box of a sports car was a lady, it’d be…erm….well, you know the sort of thing he used to say.”

It is believed Richard Hammond is still weeping in a foetal position after the explosion, which was very much like something from the now-largely-forgotten David Cronenberg film Scanners, while James May is largely oblivious to anything outside of the 1950s.

The move to raise the speed limit is designed to help commuters get more quickly to jobs that won’t exist in six months’ time, as well as allowing them to feel a tiny bit like Lewis Hamilton for the nine seconds per week the motorways are actually empty enough to reach 80mph.

The search is now on to find a replacement for Clarkson, and with producers looking for the same mix of arrogance, contempt and a face like a trout that’s just had its greenhouse vandalized, they have already asked Pete Hitchens if he has a driving license.

Logan said “While we’re all very upset, for a given value of ‘very’, we have to get on with things. Specifically, in my case, shovelling a load of twat offal into bin bags.”