A BRITISH general’s intervention to stop World War III may also have prevented the destruction of James Blunt, it emerged last night. Is Jackson guilty of war crimes?

General Sir Mike Jackson over-ruled US orders for Blunt to attack Russian troops in Kosovo in 1999, which would almost certainly have led to a brutal exchange of fire and ensured You’re Beautiful was never written.

Blunt, a former tank commander, revealed in a radio interview just how close the world had come to not having to experience the stench of his rancid, semi-acoustic vomit.

General Jackson apologised last night, but added: “How was I supposed to know I was talking to James Blunt?

“Was I supposed to say, ‘ignore that order unless you are planning to write a series of simpering ballads that will be included on Valentine’s Day compilation albums for fucking ever?’.

“Like you, I would happily have seen Europe and the United States ground into a fine powder, but I just assumed I was talking to the sort of chap who would leave the army and end up working for some hedge fund that would merely bring capitalism to the brink of total collapse.”

But General Jackson was condemned by angry humans across Britain, with most calling for him to be smashed to pieces with bulldozers.

Tom Logan, from Peterborough, said: “Fuck World War III. We had a chance to live in an empty, smouldering world completely free from You’re Beautiful, but instead we are all forced to live in an over-populated hellhole where the fucking thing is everywhere.“

Meanwhile, in a chilling twist, the singer also claimed he would have disobeyed the US orders anyway, raising the appalling spectre of an army where people like James Blunt are allowed to make decisions.

Logan added: “‘Oh no, I better not kill that crazy Al Qaeda Nazi that’s bearing down on your family with a massive gun because they might be beautiful’.”

British Gas To Just Shoot Your Dog In The Face 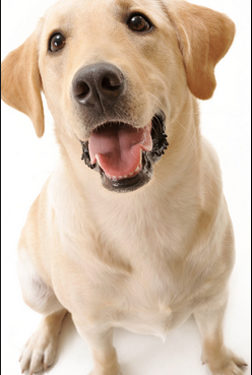 SOMEONE from British Gas will be round this afternoon to shoot your dog in the face, it has been confirmed. They do prefer the dog to be very scared

If you don’t have a dog they will catch your cat and put it in a box full of scorpions.

And if you don’t have a cat they will just spray paint ‘kiddie fiddler’ on your front door and set fire to your shed.

It is the 27th year in a row that British Gas has chosen to make your life a total and complete misery in the run up to Christmas.

In 1993 they sent each of their customers a seasonal jiffy bag filled with assorted animal guts and faeces before ratcheting things up the following winter by planting bombs in 22 million cars and waiting until the last possible moment to announce which wire to cut.

The new millennium saw the company switch to more direct tactics, including kidnapping a random pedestrian, taking them to a disused warehouse and cutting off their ears before throwing them out the back of a van onto a busy high street with a warning note stapled to their gums.

In 2007 they produced their infamous ‘You’re all fucking dead’ TV campaign, starring Barbara Windsor, which ran alongside their strategy of bulldozing old folks’ homes in the middle of the night and forcing the now destitute residents to dance on the rubble for hours in their bare, arthritic feet.

The company has since expanded its programme of customer-based terror by hunting down people who have switched supplier and then shining a 4000 watt searchlight into their houses 24 hours a day, seven days a week, until they commit suicide.

A British Gas spokesman said: “Fuck you, that’s why.”