A 26 YEAR-old man has been accused of plotting to blow up parliament using toy racing cars. Hunt would have been sickened

Martin Bishop, an unemployed landscape gardener from Stevenage, was last night charged under the 1985 Using Scalextric for Terror Act.

It is alleged that Bishop swore vengeance against Britain and everything it stands for after Sebastian Coe turned down his application to make slot car racing an Olympic sport.

A senior Scotland Yard source said: “He had rented a small office overlooking Parliament Square so he would have a direct line of sight. He would then have placed his tiny car of death on the track and pressed the little plastic trigger as hard as he could before smashing headlong into our democratic values with his twisted grand prix of hate.”

The plot was discovered when a sharp-eyed traffic warden spotted more than two feet of track with a model of James Hunt’s 1976 world championship-winning McLaren positioned on it and gave it a parking ticket.

The source added: “Luckily the traffic warden called it in. Two days later our forensic specialists were on the scene and, using state-of-the-art computers and a laser, worked out that the track was pointed directly at Big Ben.”

It is understood the car was loaded with a high-grade Bulgarian firecracker and would have caused untold devastation.

The Scotland Yard source said: “The track leading to the palace included a detour into a very accurate recreation of Brands Hatch. He obviously wanted to have some fun while he was quenching his thirst for innocent blood.

“But crucially, there is no way he would have been able to press three little plastic triggers really hard at the same time meaning he must have had at least one accomplice, so I’m afraid we will now be forced to round-up at least 200 heavily-bearded brown gentlemen.”

A shocked Lord Coe said: “I thought it was called ‘Scalectrix’.” 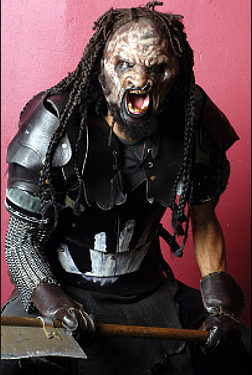 CARLOS Tevez has undermined Manchester City’s long term plan to spend whatever it takes to win something. The striker has blown a hole in the club’s previously bullet-proof theory by being paid an enormous amount of money and then refusing to play.

The Argentinian carnivore enraged manager Roberto Mancini last night when he refused to come on as a substitute during a Champions League match against Bayern Munich, insisting that Man City was not actually a very good team and then offering his services to Bayern coach Jupp Heynckes.

Biting the head off a badger, he added: “I’m sorry if there was a misunderstanding but I hate everything about Manchester. And while I am more than happy to sign contracts and take money I never really wanted to play the actual football.

“I know that by setting this precedent it will make it much more difficult for the club to be successful, but like I said, I despise Man City, so fuck them.”

The move is expected to be followed by most of the squad who had not realised until now that they did not actually have to play.

Kolo Toure said: “Thank God for that. Pulling on that powder blue jersey is like dressing up as a sad clown. It makes me hate myself.”

The move has stunned club chiefs who must now go back to the drawing board and begin searching for players who not only want to get paid £200,000 a week but would enjoy playing football for Manchester City while doing so.

Footballologist Wayne Hayes said: “I suspect they will now have to trawl the depths of former Liverpool players whose self-loathing is completely maxed out.”