LOCAL authorities across the UK were yesterday stunned to discover that Iceland is nothing more than a volcano surrounded by two million haddock. 'Iceland - If you're really into lava'

As the volcano's banks refused to pay out, councils said they were convinced Iceland was a small, landlocked country next to Belgium with a long history of expert financial management.

But after 15 minutes on the internet they confirmed it was nothing more than a slab of stinking lava populated by a handful of wilfully eccentric musicians and half a dozen heavily bearded trawler captains.

"I suppose the haddock-shaped piece of lava with every new account was probably a clue."

He added: "When the taxpayer is exposed in this way it is only right that central government should step in with its own funds, wherever they come from."

But the Treasury has so far refused, criticising the councils for investing huge amounts of public money in badly run banks.

Bebo Assumes Aliens Are As Shallow And Self-Absorbed As Humans 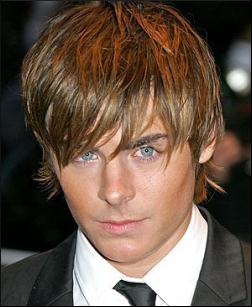 BEBO is sending messages from its users 120 trillion miles into space in the expectation aliens will prove as shallow and self-obsessed as they are. How will the aliens kill Zac Efron?

The social networking site has sent some 500 drawings and text messages to the planet Gliese 581c which it says has the moist and slightly fetid conditions perfect for sustaining pointless teenage lives.

It hopes its members will discover intelligent beings on Gliese and then ask them to rate each of the Jonas Brothers out of 10.

Nikki Hollis, 14, said she was mainly looking for friendship and giggles but would love to date an alien if he was totally hot like Zac Efron or Dougie from McFly and not short and fat like ET.

Hollis said: "Heyahhh aliens. Whatya doing? I am totally grounded 'cos I got drunk at school again. Arf.

"I am totally sassy, original – and a bit mental! Or so my friends say!! How many arms have you got?"

A spokesman for Gliese said last night: "For years we have studied your civilisation waiting for it to evolve beyond social networking.

"We now realise you are nothing more than bacteria. We will make Independence Day look like Room with a View."