A PLAN by radical Islamists to march through Wootton Bassett last night caused a series of Guardian reader head explosions across North London. Is this a bad thing?

As home secretary Alan Johnson took the politically courageous step of saying exactly what the Daily Mail wants him to say, an emergency telephone helpline has been set up for hand-wringing liberals unsure of which line to take at dinner parties.

Trained counsellors will offer support using the 'it's a complex issue' technique, also employed for discussing abortion, positive discrimination and the away goals rule in European football.

Counsellor Charlie Reeves said: "While Guardian readers oppose the conflict in Afghanistan and dismiss anyone supporting the troops as van-driving scum, they also don't want to appear racist by condemning the protesters as a colossal horde of dicks.

"We're reassuring them that, whatever their views on cultural relativism and the inalienable right to freedom of expression, the protesters are the thoughtless arse cherry on the top of the git cake and that dickishness is colour blind."

Protest group Islam4UK denied the proposed march was an act of gratuitous incitement, before unveiling a new campaign to force Vera Lynn onto all fours, put her on a leash and then make her urinate on Churchill's grave.

Guardian editor Alan Rusbridger said: "This is the most challenging dilemma our readers have faced since they all took sides in the Jordan-Peter Andre split while insisting it was a fascinating cultural phenomenon.

"We've had to re-introduce the 'don't know' option to our online survey, while one reader said his standard awkwardness around his Indonesian housekeeper has now reached such levels that he's taken to hiding in his shed until she's gone."

Meanwhile, BNP leader Nick Griffin took time out from his quest to prove that Alexander The Great was from Dagenham to buy the leaders of Islam4UK a family-size tin of Cadbury's Heroes. 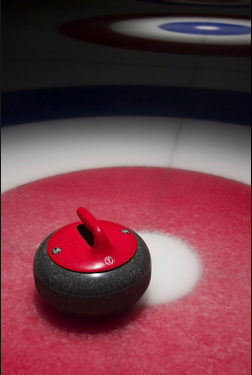 BROADCASTER Sky TV last night outlined its plans to be the number one provider of inexplicable sporting hyperbole well into the next decade. The Ulvaeus Cup, round two - Malmo versus NorrkÃ¶ping: This time it is being personal

The satellite channel has pledged that speedway qualifying rounds, curling from Sweden and all sports involving women will be advertised as the equivalent of Jesus killing President Kennedy with a light sabre.

New subscribers, signing up to a 12 month contract in 2010, will get the chance to share their living room with a high definition, three dimensional image of Richard Keys barking out semi-professional darts scores 24 hours a day.

Enhanced packages can also offer a piggy back from an inflatable Chris Kamara as he narrates your life with breathless enthusiasm.

Football fan Roy Hobbs said: "I've supported Ipswich all my life and haven't missed a home game for over 10 years so I'm a bit of a sports nut, but to be honest their continuity announcers are starting to scare the shit out of me.

"I swear one of them threatened to beat me to death with Phil Thomson if I didn't listen to him reading out the final running order of the 3:30 at Uttoxeter."

Meanwhile the latest trailers for the channel have been reported to the advertising watchdog after implying that anyone who couldn't name the top six rugby Premier League sides would probably die of AIDS in the next two weeks due to a lack of Sky Sports News 2.