GOVERNMENTS around the world today stressed that just because they are trying to crush Wikileaks to death, it does not necessarily mean that you will be next. You're going to be just fine

Important officials in fancy offices in grand capital cities said the only reason they are erasing the whistleblowing site from existence and trying to arrest its spokesman on some trumped-up rape charge was because it had done some things they didn’t particularly like.

One government spokesman said: “We know that you wouldn’t do that. Sure, you might get upset about budget cuts, but that’s all part of the everyday rough and tumble. It’s not like you are engaged in a relentless campaign to expose us as liars, cheats and murderers.

“No, as far as you’re concerned everything is going to be just fine. As long as you just keep watching television.

“Of course at some point we may have to step in and decide exactly which television programmes you’re allowed to watch, but again, it’s really nothing for you to get all worked up about.

“Especially with your diabetes and your high blood pressure.”

He added: “No, you’ll be just fine with it, and of course if you weren’t, then we would just switch you off as easily as pressing the stand-by button on your remote control. But that’s obviously not going to happen to you. For goodness sake, why on earth would it?

“So we’re agreed then – everything’s cool and that man that we’re beating to death in the corner of the room is just some smart-alec with a horrible website – probably with photos of children on it – that could very easily have killed you. Good.

“Anyway, I think that’s the second half of Loose Women coming on, so I’ll let you get back to it.

“Sorry to have bothered you.”

Children Run Out Of Things To Do With Snow 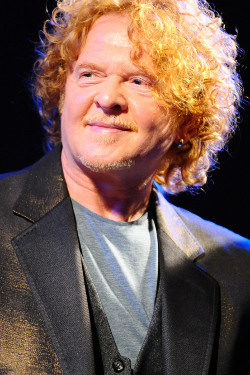 BRITISH children returned to their televisions last night after completing the list of things that can be achieved with snow. How much snow would it take to entomb Mick Hucknall?

Researchers found that 93% of children have grown to despise the frozen water and would rather stay indoors and grind down their parents with unrelenting requests for money to buy ringtones.

But with more snow to come parents are brainstorming new ways for youngsters to extract additional outdoor fun and leave them in peace to watch high-quality American drama serials full of swearing and intercourse.

Mother of two, Debbie Phillips from Swindon, said: “I don’t like my children so I’ve suggested reverse sledging.”

Martin Bishop, from Hitchin, added: “I’m encouraging my children to pelt Mick Hucknall with snowballs until he falls over and then cover him with lots of compacted snow so that he can’t breathe.

But eight year-old Oliver Hobbs, from Stevenage, said: “It was fun for about 36 hours. Now it’s just out there, covering everything up and pissing me off.

“We pretended to be snow leopards for a bit, but even an eight year-old knows when he’s scraping the bottom of the barrel. Dad suggested I try and come up with a ‘snow story’. I almost punched the fucker.”

He added: “It’s one up from sand and that’s about it. Maybe if I was shit-faced it might be more amusing. Anyone fancy a mojito?”