Let’s Make The War On Terror More Of A Contest, Says Ba Boss

AIRPORT security should be relaxed in a bid to make the war on terror more interesting, the chairman of British Airways has claimed. Or you could queue for a bit

Martin Broughton insisted security checks were now so stringent that the glassy eyed lunatics who want to kill each and every one of us in a huge ball of fire were not being given a fair crack of the exploding whip.

He claimed that air travel could become a more thrilling and romantic experience if airports, airlines and passengers were willing to throw the exploding dice a bit more often.

“So wouldn’t it be better if, instead of trying to maintain your already meagre interest in the plot of Marley and Me, you could spend the first half of your flight frantically searching the faces of your fellow passengers for signs of impending suicide or exploding Timberlands?

“You could even pretend that you are an NCIS agent locked in a desperate race against time. Or you could just sit there looking at your watch while Owen Wilson and Jennifer Aniston chase a badly trained labrador through a Chinese restaurant.”

Al Qaeda has been lobbying the air industry for over three years to scale down security checks while pledging to hijack or blow up only three planes a year, at least one of which would be a total surprise.

Regular flyer Tom Logan said: “I hate everyone who works in the aviation industry so fucking much that I have actually thought about becoming a suicide bomber.

“But ultimately I would prefer to expose my feet for five minutes at the airport rather than have them fished one by one from the Atlantic by a pissed-off coastguard with a shrimping net.”

Mr Brougton is also the chairman of Liverpool FC, which experts have described as a massive clue. 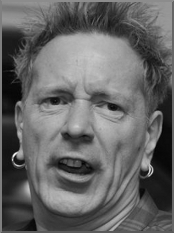 GREETINGS, fellow scumbags. I speak to you from deepest, darkest Soho in London Town. I’m up early on this fine, crisp English morning – the birds are singing and I’ve just completed my first rebellious act of the day by not saying ‘hello’ to the special constable who walked past my house earlier, as I climbed into my chauffered car. I did it without so much as a care for my own personal safety – he could’ve radioed for his fellow cozzer fascist chums on his walky-talky, who in all probability would’ve dragged me off to a dimly-lit Kafka-esque cell and beaten me until my skin had turned to the consistency of rump steak. But no, he chose to wave back at me and chirp  ‘hello John – beautiful day again’. ‘It may be beautiful for you, sonny Jim, but it ain’t so beautiful for those who are forced to spend their entire, miserable proletarian lives cowering beneath the state-sponsored size 9’, I thought, before glancing down to check the progress of my Country Life shares in today’s FT.

That, ladies and gentlemen – and you herberts what live in Buck House – is a little teaser from new album. I managed to lay down a few tracks in-between shooting a short film called The Carphone Warehouse 2-4-1 October Blackberry Deal.

As per usual, I managed to throw those suited c**ts a curve ball by subverting the genre. Not for me was it the usual crass, overblown statement of refusing to do the short promotional feature, or walking off set. When the assistant producer would come to my Winnebago with a bowl of fresh fruit, I’d tell them ‘it ain’t got the black grapes in it – take it away’. Then they’d come back with another bowl of fruit and I’d complain that there were no apricots. And so on, until the production was thrown into total chaos, sending ‘The Man’ into a blind panic, his precious greenbacks disappearing down the drain as a direct result of my guerilla tactics.

Next time I’ll get my agent to insist they write a club sandwich-based rider into my contract. No future for mayonnaise.